The need for food and information from sources outside of mainstream commercial, academic, and media sources became obvious. This was continuously affirmed through many perspectives and experiences.

The urgency of establishing alternative to conventional food and information resources became exceedingly clear. That need, for themselves and others, caused the establishment of an Eden Foods Co-op. The pursuit of truth in these categories continues today, and is more difficult than ever.

As the Eden Co-op was forming in Michigan, the establishment of similar natural food companies was happening all over the world. These early natural food companies were all strongly macrobiotic centric, and geared toward providing pure whole grain, beans, and fermented foods. Vigorous consumer interest, and demand from these companies attracted conventional money interests that gradually caused the merger and acquisition of almost every one of them. The loss of originating principles and goals at those companies was universal and complete. Founding principles were replaced with predatory capitalism taking advantage of people which continues today on a massive scale in the ‘organic foods’ realm. Eden Foods is one of a few (probably the longest running) original natural food companies on the planet; apparently the only one left in the Americas.

Natural foods were hard to find in the late 60s (and still are today). An Eden Foods Co-op was formed to address this. Flour milling, roasting, and packaging began at the store, followed by an Eden warehouse. Sourcing was a critical focus, including relationship development with farmers. The store added a cafeteria, bakery, and books. Throughout the 1970s it was a hot-spot destination for folks from near and far as one of a few places in the U.S. and Canada where natural, organic, and macrobiotic-quality food was reliably available.

Health food stores began to contact Eden needing a way to get the foods Eden was providing for their own shops. Eden distribution was demanded and EDEN brand natural foods began.

Macrobiotic is a harmonious way of rejuvenation and happy longevity that goes back centuries in both eastern and western cultures. Scholars, philosophers, and physicians have contributed to an understanding of macrobiotic principles over thousands of years. EDEN whole grains, beans, macrobiotic specialty foods, and good local produce are bedrock of personal freedom.

Macrobiotics includes a diet based around whole, unadulterated foods such as whole grain, beans, vegetables, fruits, seeds, nuts, sea vegetables, and fermented food that are not nutrient depleted nor made with toxic chemicals. A discerning diet is part of a great lifestyle, a very important part, and a pathway to finding physical, mental, and spiritual freedom.

No Imitation or Adulteration

Adherence to clear, achievable, founding goals that honor macrobiotic principles has allowed Eden to offer not just pure natural food, but unadulterated macrobiotic-quality natural and organic food free of the many so-called “allowable” undeclared processing aids and additives commonly found in natural foods today. These goals have assisted Eden Foods in becoming and remaining a principled natural food company that reliably and dutifully declares the ingredients for food it prepares.

Today, more than 275 EDEN foods, including traditional Japanese macrobiotic specialty items, are unadulterated macrobiotic-quality natural and organic foods. They are available on Eden’s website and at discerning retailers in the USA and Canada. The EDEN brand means: No irradiation, chemical additives, refined sugar, or genetically engineered ingredients, only the safest most nutritious, pure and purifying food that can be found. They are ancient health foods whose benefits are affirmed in modern research. Enjoy them in traditional and imaginative ways.

Today, Eden Foods continues to do what it started out to do: Procuring and sharing traditional, organic, pure and purifying food.

Eden Foods’ Company Goals were written over 50 years ago, and remain a sounding board in planning activities today. They are listed below: 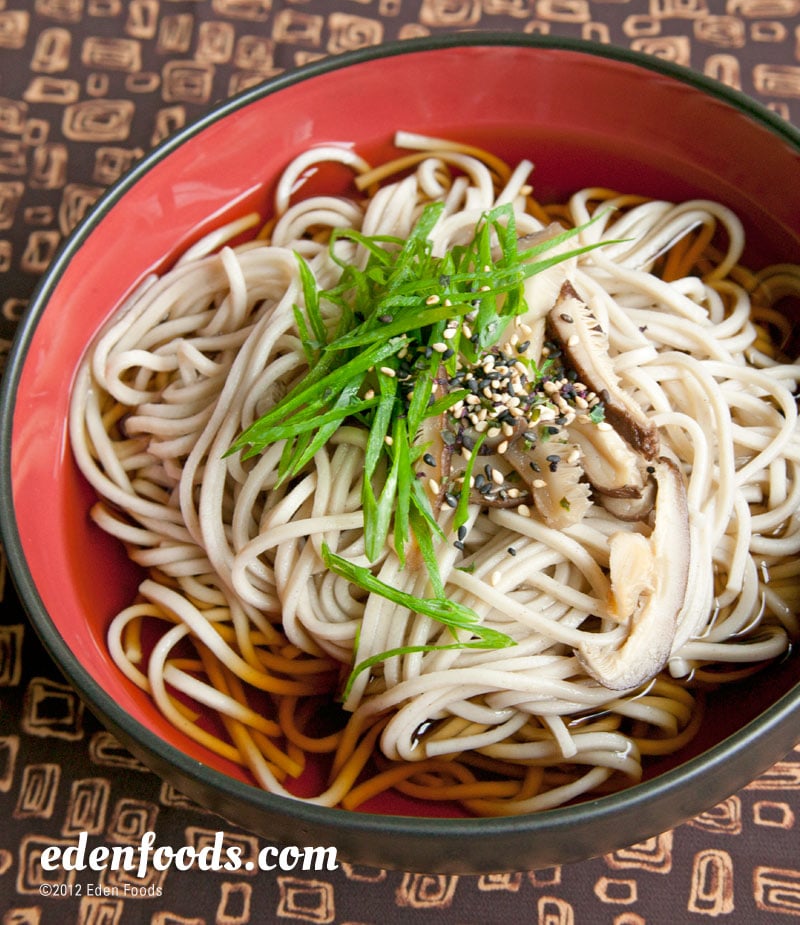