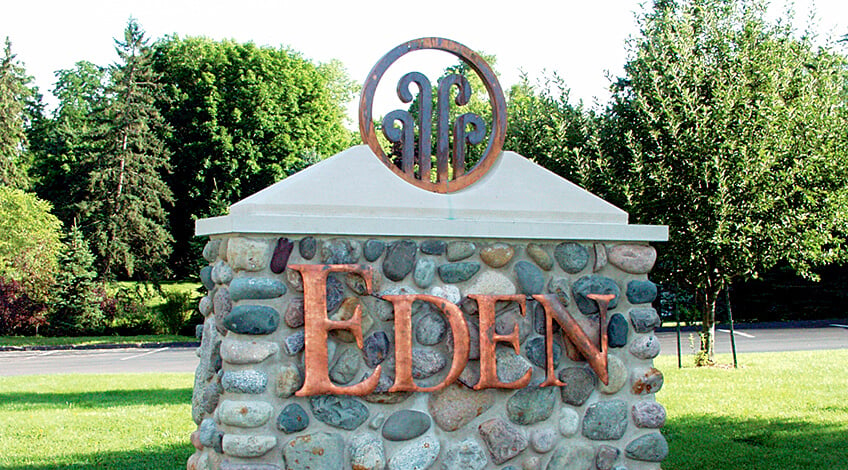 Eden Foods began in southern Michigan in the late 1960s amongst friends sourcing natural food. They were youths, motivated by study of the worldwide phenomenon known as macrobiotics: the centering of one’s eating around whole grain and seasonal local plant foods that are not adulterated by toxic chemicals or nutrient depleted.

Natural foods were simply not available at the time, so an Eden Foods Co-op was started to acquire them. Initial $200 orders to Erewhon in Boston and Chico-san in California were well received and caused a local stir. This led to co-op members traveling rural roads, knocking on doors, looking for farmers to grow food using organic methods.

The Eden co-op grew into a natural food store offering whole grains, beans, soyfoods, sea vegetables, miso, cereals, unrefined vegetable oils, seed and nut butters, and the like. It expanded adding a cafeteria, bakery, and books which became known as the Eden Deli. It was one of very few places in the U.S.A. where you could get natural, organic, macrobiotic food.

Folks came from near and far. Health food stores called asking to get the foods we were carrying. An EDEN brand began to take shape.

Eden Foods is the oldest natural and organic food company in North America, and the largest remaining independent manufacturer of dry grocery, organic food. We are the major purveyor of Japanese traditional, macrobiotic foods.

Over 94% of Eden foods are sold by natural food stores, co-ops, and supermarkets via traditional natural and grocery distribution channels. Web site, employee, and wholesale sales make up the remainder.

Eden Foods' two warehouses – in Clinton, Michigan and Fremont, California – handle all the food we distribute

Eden tracks the environmental impact of its food upstream from suppliers, through company operations, and downstream, monitoring all its social impacts. Energy efficiency and waste avoidance are tracked by Eden Foods using custom in-house tools.

In 2009 Eden Foods was selected as the best food company in the world, and the third best company overall by The Better World Shopping Guide. They honored Eden Foods' admirable record in social and environmental responsibilities. The company earned A+ and A ratings in ten food categories. This is further explained at edenfoods.com/betterworld.

Eden partners with local farmers and pays them directly. Most are within a close distance to Eden Foods' HQ. Colored beans, spelt, soybeans, cabbage, apples, tart cherries, strawberries, and pastry wheat are Midwestern. Other North American organic farm foods include grain and popcorn from the High Plains and Midwest; almonds, pistachios, chickpea, and brown rice grow in California; flax and mustard seed are from Saskatchewan; dulse from Maine; sauerkraut cabbage is from Ohio... see Map below.