There are more than 46,000 mushroom species, about 2,000 are deemed edible. Fresh mushrooms do not keep long. Their foraging season is short and limiting. Drying mushrooms is one of the earliest ways of preserving food. It provides year-round supply of enjoyable taste and potent health benefits. Properly stored in a dry, dark place, dried mushrooms keep very well over an extended time.

Having dried mushrooms on hand is smartly useful for preparing soups, stews, stir-fries, grain patties, casseroles, and many dishes. Dried mushrooms are especially flavorful because their taste is concentrated and intensified when they are dried. They inspire creativity, add rich taste and crucial nourishment. Chefs commonly use fresh and dried mushrooms together for added effect and texture.

A shared taste of EDEN Shiitake and Maitake Mushrooms is referred to as “umami.” Umami, officially declared a distinct basic taste in 1985, generally means a broad, pleasant, savory taste. It is described as “true savory, brothy, or meaty.” Umami is a recent discovery in the West, yet has been appreciated in the East for centuries. Umami is one of the five basic tastes with sweet, sour, salty, and bitter. Foods with the umami taste, such as mushrooms, shoyu soy sauce, miso, and seaweed go well with almost any food they are cooked or served with. Traditionally made shoyu soy sauce epitomizes umami. The fermented soy sauce imparts umami taste while its own taste disappears, providing a lingering deliciousness and mouthwatering, tongue-coating sensation.

Dried shiitake and maitake mushrooms are very high in antioxidants, especially polysaccharide beta-glucans, B vitamins, vitamin D, and minerals. Beta-glucan antioxidants and vitamin D both boost immunity. When mushrooms get sunlight or ultraviolet light, they convert ergosterol, abundant in mushrooms, into ergocalciferol/vitamin D2. Most people get plenty of vitamin D from the sun or animal foods, but for vegetarians, or those who get limited sunlight, dried mushrooms are an important vitamin D source. Contrary to this, the common button, or white mushroom, pales in every nutritional aspect compared to the diverse, abundant nutrients in EDEN Shiitake and EDEN Maitake mushrooms. Both shiitake and maitake significantly aid in weight loss.

Shiitake mushrooms Lentinula erodes are the second most common edible mushroom after white buttons, and are much appreciated in the East as a healthy food tonic. Cultivation of them began over 1,000 years ago. They contain abundant polysaccharides, a complex carbohydrate. Lentinan and lentinula erodes mycelium (LEM) are polysaccharides in shiitake that scientists have found contribute to building and maintaining a healthy immune system. They have broad antiviral properties and are said to counteract the effects of taking excessive animal food and salt. EDEN Whole Shiitake are ‘donko’ grade with thick, round, tight caps. Donko grade are most flavorful, and shiitake”s taste is a main reason why they are so sought-after.

Maitake means ‘Dancing Butterflies’ in Japan because their rippled clusters resemble butterflies dancing. Maitake’s Latin name Grifola frondosa refers to the griffin of mythology with the head, wings, and talons of an eagle, and the body and back legs of a lion. Americans call maitake ‘Hen of the Wood’ or ‘Cloud Mushroom,’ because their wavy clusters are reminiscent of ruffled feathers or cloud layers. They are called the ‘Dancing Mushroom’ too, because people will dance in the forest when they find them.

Maitake are native to the northeastern United States, Canada, China, and Japan. They primarily grow at the base of oak trees, and an occasional maple or elm. They are highly valued in Japan for taste and healthful properties. In the old days, maitake were readily exchanged for their weight in silver, with some mushrooms weighing 50 to 100 pounds. Maitake locations were guarded secrets, even within a family. Maitake have been popular in Japan and China for thousands of years, but have only begun to be appreciated in the U.S. as maitake’s great taste and amazing beneficial properties are learned.

Recently, researchers named maitake the ‘King of Mushrooms’ because of prodigious bracing, strengthening, and healing qualities. Immune strengthening properties are credited to maitake’s polysaccharide carbohydrates, especially beta-glucan. There is also evidence that maitake contributes to a healthy heart.

Wild maitake are a still findable today. EDEN Maitake Mushrooms are organically grown in the USA on an all-vegetable substrate without the use of fungicides, chemicals, or preservatives. EDEN Maitake mature in about 60 days and are air-dried after being picked and trimmed. These homegrown mushrooms have exceptional taste and wonderful texture.

EDEN Shiitake Mushrooms are grown on oak logs in a natural forest habitat with the correct amount of sun, shade, and moisture. The first mushrooms to mature from the logs are the donko grade shiitake. They are hand picked and naturally dried, which enhances the umami taste.

EDEN Sliced Shiitake Mushrooms are harvested after the donko variety. Their caps are wider and less curled. They are grown and handled just as the donko grade are. Stems are removed and discarded before slicing and drying. EDEN Sliced Shiitake have a shorter soak time, and are added directly to soup and stew without being soaked.

Dried EDEN Maitake and Shiitake Mushrooms are used the same way as fresh, or other dried mushrooms. Dried mushrooms are first soaked to reconstitute them for about 10 to 20 minutes until they are soft. They are then used or cut like fresh mushrooms. The soaking liquid is ‘mushroom liquor’ and is saved and used in cooking. It is also stored or frozen for preparing soup stock, and can be cooked down to concentrate its flavor.

Parboil or steam and chop the them for delicious omelets or on pizza. Mushrooms go well with any grain, bean, fish, meat, poultry, or vegetable. Combine dried and fresh mushrooms. Use both EDEN Shiitake and Maitake for a deliciously rich marinara, creamy white sauce, or gravy. edenfoods.com/recipes for dozens of free recipes. They are

“The doctor of the future will no longer treat the human frame with drugs, but rather will cure and prevent disease with nutrition.” Thomas Edison 1847 – 1931

Living without fear of disease requires an understanding of sickness. Commonsense then dictates our behavior in avoiding it. Commonsense has been supplanted by mass media. Six companies own the media (all of its forms) providing a programed mono-perspective. Varied points of view are ignored and drowned out. Mass media, a psych-op, is run by Big Pharma, Government, and Money (the military industrial complex). Living in fear corrupts intelligence.

God bless the health care workers who struggle and sacrifice for us. Let them feel our gratitude.

How can we the people, stop the criminal poisoning of life and the suffering it brings? 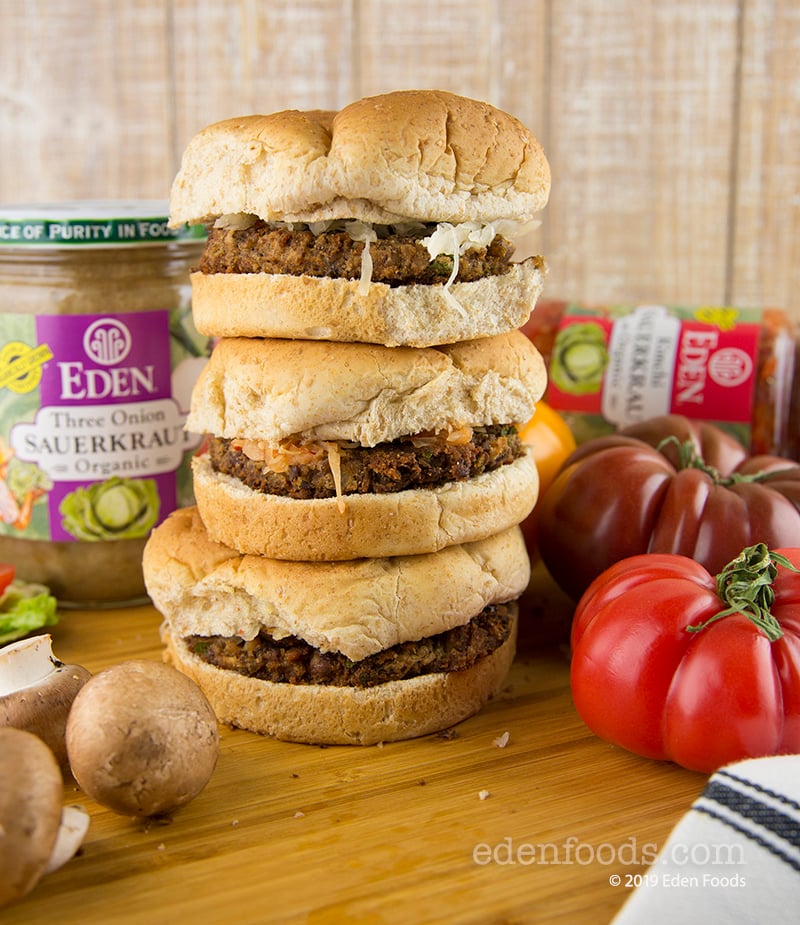