May Your Juice Be Cloudy

Just about ever since people discovered fruit, we have been smashing, mashing, and pressing it to make juice. It's no wonder … for refreshment and an energizing health boost, there's nothing like pure delicious fruit juice. But over the past century, as juice became more of a commercial product, most juice makers started cutting corners and using chemical press aids and other processing aids that do not have to appear on the label. For example if you see a fruit juice (even organic) that is clear, it's probably been treated with GEO derived clarifying enzymes. The good news is you can still have juice the way it is supposed to be. The cloudiness and sediment in EDEN Organic Juices are evidence that we do it the old fashioned way with no shortcuts. Shake well and enjoy.

In a study published in the January 2007 Journal of the Science of Food and Agriculture, researchers found that cloudy apple juice contained four times more antioxidant polyphenols than clear apple juice. The authors concluded that the clarifying enzymes used to remove pectin and starch to make apple juice clear, also reduced the juice's protective polyphenols. That is a shame because fruits like apples and tart cherries and their juices have been found to contain a wealth of bioflavonoid nutrients, including the potent antioxidant quercetin. In the montmorency (tart) cherry alone, researchers identified seventeen different antioxidants including anthocyanins. Cloudy and certified organic EDEN juice offers the full benefit that Nature intended.

EDEN Organic Apple and Montmorency Tart Cherry Juices are made from fruit that is organically grown on family owned orchards on the shores of the Great Lakes, an ideal tree fruit area due to the seasonal lake effect. After years of organic management, these orchards produce some of the world's finest, tastiest, most nutritious fruits. Each EDEN juice is traditionally prepared in western Michigan. The fruit is hand sorted, washed, and pressed, lightly filtered and bottled in amber glass to protect flavor and nutrients. EDEN Organic Apple Juice is as good as it gets, delicious chilled or warmed. And although we didn't think our award winning cherry juice could get any better, just wait 'till you try the new crop ‘2007 vintage.’ It's the best we have ever tasted. 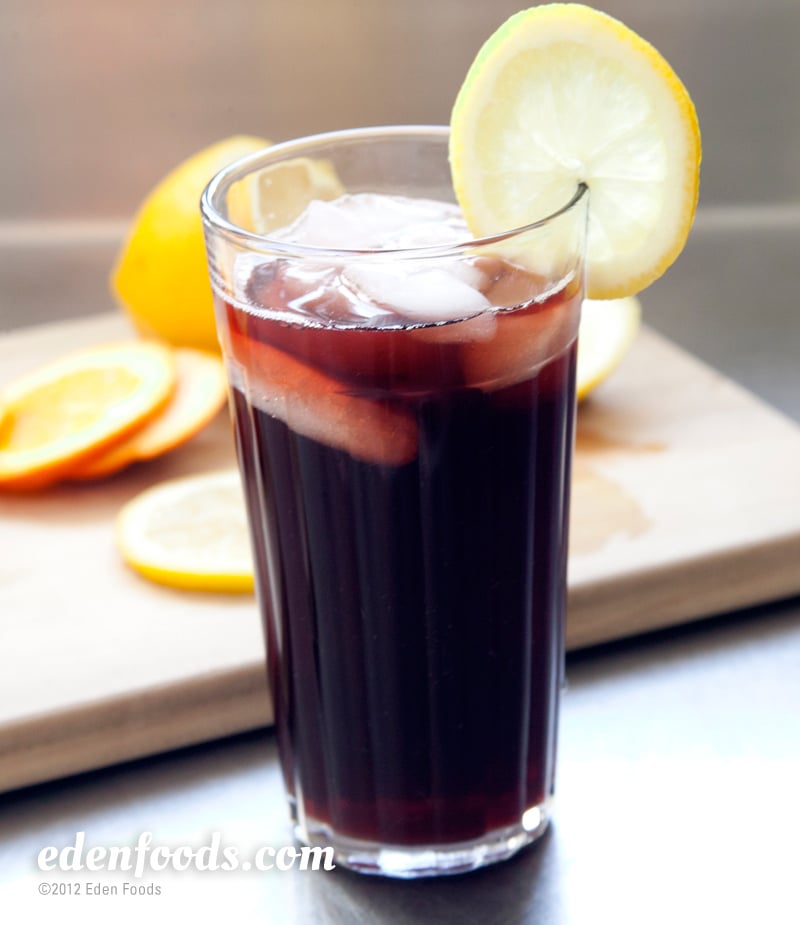