Sugar of the Plains

Sorghum is a cereal grass originally from Africa that looks quite similar to corn. Instead of tasseled ears, sorghum has a ‘seed head’ at its top. It is related to millet, always gluten free, and there are hundreds of species. Most varieties do not produce sweet sorghum and are grown for seed that is used as grain. Sweet sorghum is from Sorghum bicolor (L.) Moench variety that has a tall cane stalk yielding a sweet green juice. A principal sweetener since colonial times, this was the original sweetener in Boston Baked Beans and the Southern favorite, Pecan Pie. In the 1850s sweet sorghum seed was imported from China and by 1858 the federal patent office distributed sorghum seed to farmers. The USDA tried extensively to produce granulated sorghum syrup to reduce reliance on imported sugar cane and distancing itself from slave labor sugar plantations, but it proved difficult to obtain dry crystalline sugar from the syrup. Interest in sorghum syrup began in the South, but spread quickly to the Midwest and Plains where the drier climate was more conducive to growing drought tolerant sorghum. Most farming communities had a sorghum mill for processing sorghum cane into syrup. Called ‘the Sugar of the Plains’, it was once the most important sweetener in the U.S. until displaced by refined white sugar in the early 1900s.

Keep It Real, Not Molasses

Sweet sorghum is often mistakenly referred to as ‘sorghum molasses’ or ‘molasses’. Molasses is a by product of the sugar refining industry. Sorghum syrup is not molasses and is not made from sugar cane or sugar beets. Real sweet sorghum is made only from the pressed, boiled, and concentrated juice of sweet sorghum cane. Today's health conscious consumers have been rediscovering this versatile, more intelligent, gluten free sweetener, and healthy sugar alternative.

EDEN Organic Sweet Sorghum is concentrated sweet sorghum cane juice organically grown and made by Amish families that we know and trust. They preserve traditions and nurture vital soil on the rolling farmlands of central Iowa. Freshly pressed sorghum cane juice is slowly steam heat simmered in stainless steel evaporator pans in a multi-step process. It takes eight gallons of cane juice to make a gallon of EDEN Sweet Sorghum. Making good sweet sorghum is a skill that requires finesse, patience, and practice.

EDEN Sweet Sorghum can be used in much the same way as honey, maple syrup, and molasses in cooking and baking, but it's sweeter and slightly thinner. Spread on toast, muffins, biscuits, and cornbread or drizzle over pancakes and waffles. Add to hot or cold cereal and use in baked beans, glazed vegetables, pastries, and baked goods. Delicious in popcorn balls, caramel corn, barbecue sauce, and sweet and sour dishes. It contains no additives of any kind, and is Gluten Free and 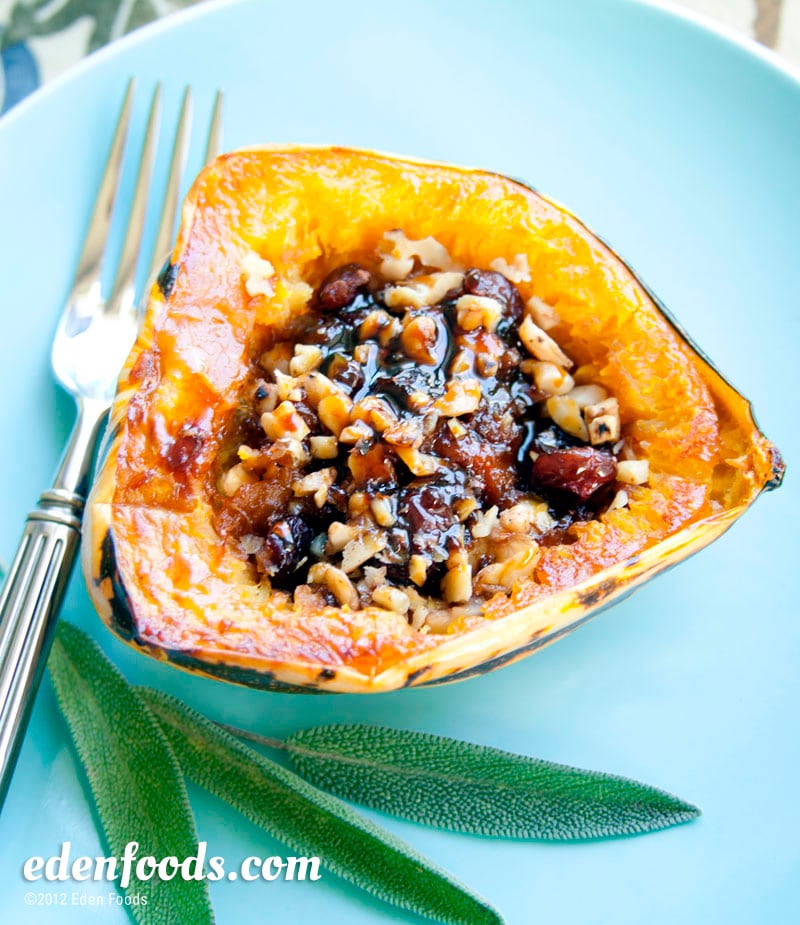