Fireless cooking, as used here, refers to fermentation of food into a more nutritious, easier to digest, and more easily storable or transportable form. Eden offers twenty-five types of fermented food. Twelve of them are fermented soy foods. The absolute best way to unlock the storehouse of nutrients in soybeans for human beings is through fermentation. Unlocking this storehouse requires considerable, specific work. The bonds of nutrients in soy are so strong though, that we require they first be broken down before we eat them. Cows can digest soybeans because they have three stomachs. That is why, traditionally, the vast majority of soy foods from around the world are fermented soy foods. A notable exception to this is tofu.

The most densely nutritious among these fermented soy foods, by far, is miso, a fermented soybean paste with a culinary history dating back thousands of years. Various misos are made combining soy with different grain — such as barley, rice, wheat, millet, and buckwheat — and aging them appropriately for the region or climate in which they're made. This results in misos of many flavors and colors that range from the longest fermented, heartier darker miso, to the shortest fermented, sweeter, lighter colored miso. Each is extremely versatile and exceedingly nutritious.

In miso fermentation bacteria and enzymes convert carbohydrates to simple sugars, and proteins into easily assimilable amino acids. They also create beneficial enzymes, vitamins, and an array of valuable phytonutrients. Such exceptional quality miso is five times higher in protective isoflavones than unfermented soy foods. Trypsin inhibitors in soy are broken down allowing full utilization of the soy protein. The beneficial nutrients in miso are a result of long, slow fermentation that is an essential characteristic of time-honored traditional methods.

Miso is rapidly gaining recognition in the West as a protective super food with its wealth of enzymes, microorganisms, and phytonutrients that aid digestion and strengthen the immune system. Today, commercial miso is made of genetically engineered soybeans that are hexane gas de-fatted, uses pharmaceutical industry enzymes to speed conversion, and commonly contains preservatives and MSG. Traditionally handcrafted miso using long, slow fermentation and the finest ingredients - like EDEN Organic Miso - is by far a better choice.

EDEN Organic Miso is traditionally crafted in Japan of USA family farm organic GEO free whole soybeans and grain, the finest sea salt, and koji. Soybeans and grain are cleaned, steamed, inoculated with koji, mixed with sea salt, and aged in 200-year-old wooden kegs pressed with large, smooth river stones. A wondrous transformation occurs in these giant kegs with time, temperature, and pressure creating a most beneficial food. The variety of color, flavor, and texture in EDEN miso is a reflection of the ingredients and climate in which they are made. EDEN Organic Miso comes in four varieties: Hacho (soybean), the richest and darkest; Mugi (barley); Genmai (brown rice); and the sweetest and lightest, Shiro (rice) Miso. All are packed in re-closable standing pouches. Discover your favorites, season to season. 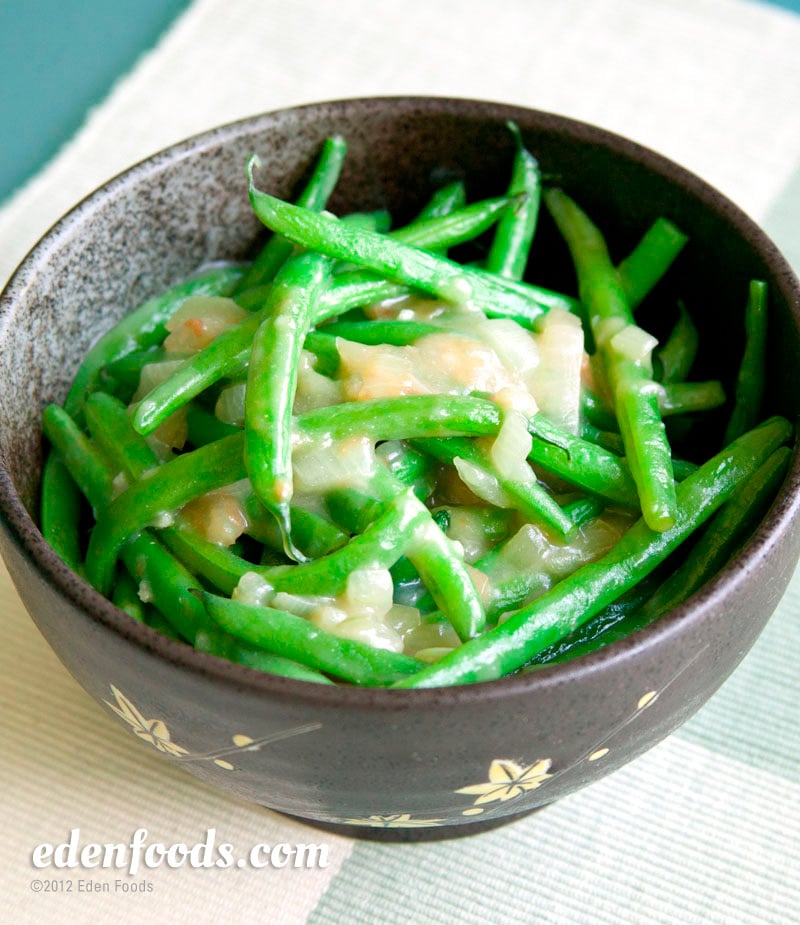