Cherries (Prunus cerasus) probably came from China around 4,000 B.C. America's favorite cherry, the Montmorency (a.k.a. tart or pie cherry) originated in France's Montmorency Valley. Colonists from Normandy brought these cherry pits and planted them along the Saint Lawrence River and down into the Great Lakes area. In 1852 Peter Dougherty, a Presbyterian missionary, planted cherry trees on Old Mission Peninsula near Traverse City, Michigan. Other farmers and Native Americans in the area told him his efforts were futile, but Mr. Dougherty's trees flourished and soon, his neighbors were planting their own cherry trees. The area proved to be ideal for growing cherries because Lake Michigan tempers Arctic winds in winter and cools the orchards in summer. Today Michigan produces over 70 percent of the U.S. tart cherry supply, and the Traverse Bay area is known as the Cherry Capital of the World.

The Montmorency is traditionally known as the Healing Cherry. Where this cherry variety has been grown for generations, the locals attest to its abilities. Recent studies have found this variety to be a potent source of 17 antioxidants including anthocyanins, kaempferol, isoqueritrin, perillyl alcohol, quercitin, ellagic acid, and melatonin. Dr. Russell Reiter, of the University of Texas Health Science Center, said “We were surprised at how much melatonin was in cherries, specifically the Montmorency variety.” According to research melatonin is a most potent antioxidant, even more so than vitamins C, E and A.

In recent decades many family cherry orchards in Northern Michigan have converted to certified organic, pesticide free methods. Eden is gratified for our role in this positive cycle, through our delicious certified organic and transitional–to–organic Montmorency Cherry offerings. 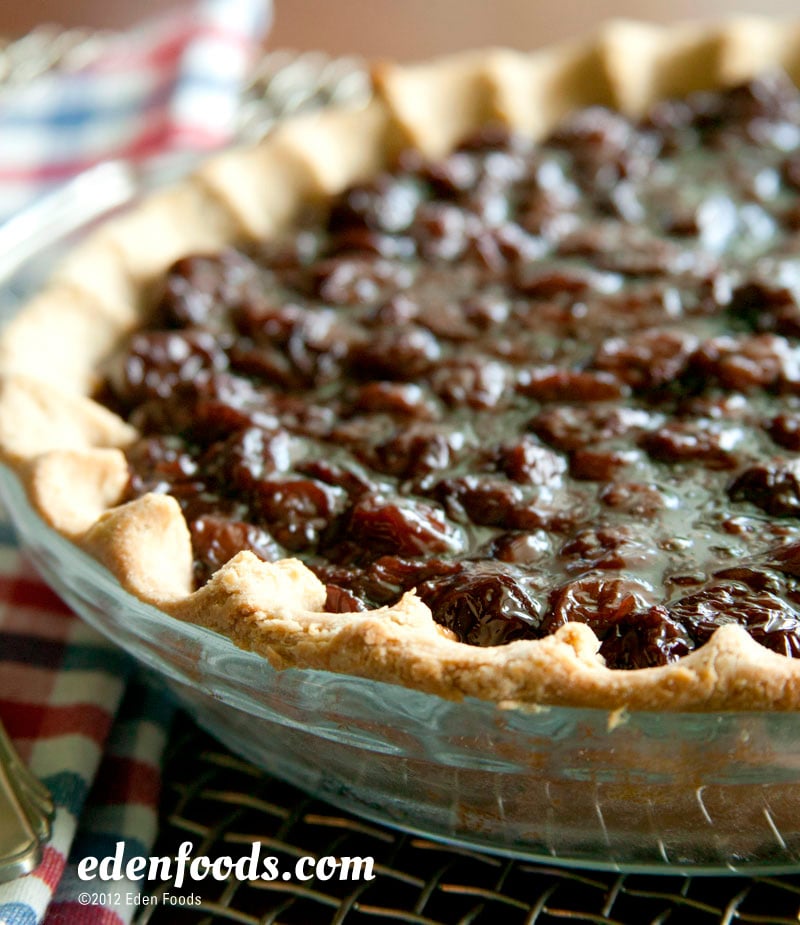