A staple of Italian cuisine, pasta is enjoyed the world over. Legend has it that pasta was invented in China and introduced to Europe by Marco Polo in the 13th century. Food anthropologists, however, believe dried pasta was consumed in the Middle East as early as the 10th century and later brought to Italy during the conquest of Sicily. For hundreds of years dry pasta seasoned with cheese was sold by Italian street vendors and eaten with the fingers. It wasn't until tomato sauce became popular in the 1800s that pasta came to be eaten with a fork.

Early pastas were all string–like. Today there are about 350 different shapes ranging from common spaghetti, macaroni, and ravioli to more fanciful configurations like campanelle (Italian for “little bell”), farfalle (bow tie), and routini (wagon wheel), to truly novel forms such as racchette (tennis racket shaped).

Ribbon pasta, or flat–stranded pasta, comes in many lengths, widths, and thicknesses each originally designed for a particular culinary dish. Lasagne, one of the thickest, widest ribbon pastas has fluted edges designed for hearty casseroles. Thinner, narrower ribbons such as pillus and linguine are often served in broths, and with seafood or pesto. Fettuccine is famous for its pairing with creamy cheese sauce in fettuccine alfredo.

Like all EDEN® Organic Pasta Company pastas, the six ribbon pastas are traditionally crafted on vintage Italian equipment at our AIB International “Superior” rated facilities in Detroit. This rating is the highest possible for food safety and sanitation. They start with organic grains from family farms: golden amber durum wheat from Montana and North Dakota, or spelt from Michigan. Flour milling begins with cleaning (a seven–step procedure) followed by conditioning, milling, bagging, and shipment to the pasta factory. Here flour is made into dough with purified water. No salt, eggs, oil, or preservatives are added. When the dough is ready it's rolled through a sheeter and folded on to itself eight times getting thinner and thinner. The pasta is then cut to width, trimmed, and evenly dried from the inside out using an artisan steam drying process. The finished pasta is then packaged in recycled and recyclable boxes before dispatch across the country.

DEN pastas come in color–coded boxes to indicate the percentage of whole grain they contain. 100% whole grain Spelt Ribbons, in a gold box, are cut to medium width. Spelt wheat is a wonderful alternative to traditional wheat, particularly for those with wheat allergies because it contains a more easily digested water–soluble form of gluten.

There are four additional ribbons in green boxes that indicate sifted organic durum wheat. Artichoke Ribbons, Parsley Garlic Ribbons, Saffron Ribbons, and Vegetable Ribbons each naturally seasoned and colored using all organically grown ingredients. These dried vegetables and herbs are added to the pasta dough. The delicate, flavorful and colorful additions offer a fun twist for traditional pasta dishes. Use them to complement flavors ranging from eggplant and tomato to asparagus and beans. Visit the Recipe section of our website for some great pasta ribbon meal ideas, or create your own combination of ribbons and sauces. Possibilities are endless.

*Diets rich in whole grains and other plant foods, and low in total fat, saturated fat, and cholesterol, may reduce the risk of heart disease and some cancers. 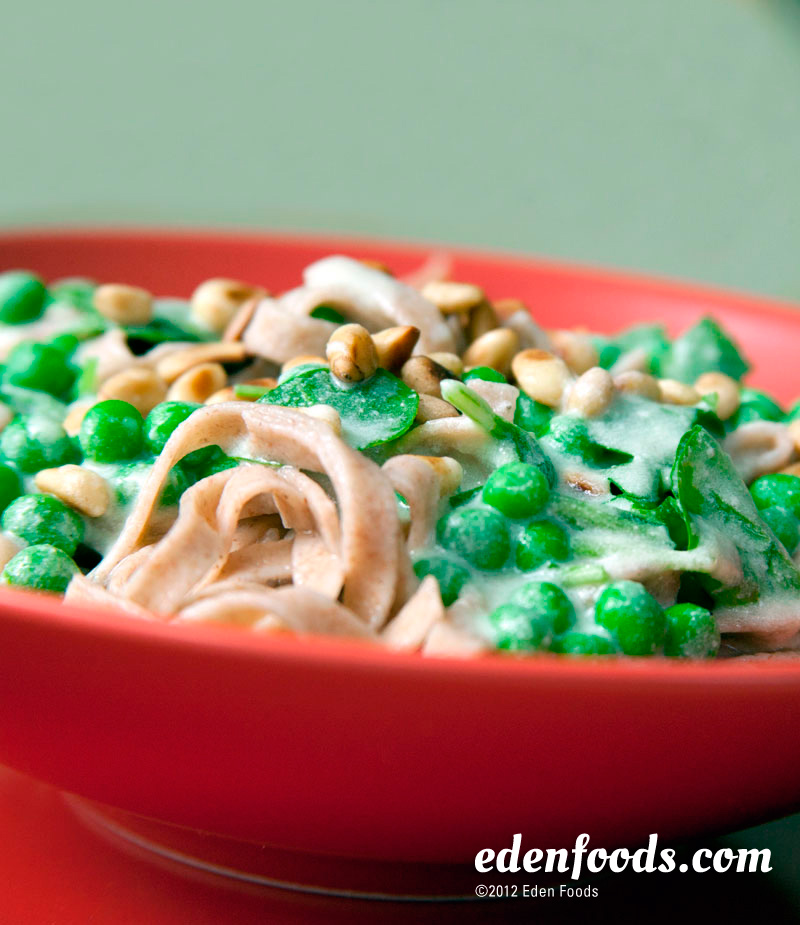