Seasoned beans have interesting history in America. Native Americans domesticated beans over five thousand years ago. Colonial New Englanders' favorite were flavored navy beans. By the late 1800s baked navy beans in cans became popular and in 1877 a grocery store advertised canned baked beans as ‘fancy groceries.’ The first large producer of canned baked beans was Boston's Henry Mayo & Co. In the summer of 1878 their beans caused a sensation when they debuted at the World's Fair in Paris.

Canned baked beans weren't the first prepared seasoned beans in America. Indians didn't eat them plain. Texas cowboys made what they called ‘chili bricks’ in the 1800s with hot spices that prevented spoilage. The bricks were easily carried and were boiled at trail camps. The first chili recipe with local peppers was published in West Texas around the turn of the century.

EDEN Organic Seasoned Beans come in five varieties. Baked Beans w/ Sorghum and Mustard present a classic New England recipe with organic sorghum. Caribbean Black Beans are black turtle beans with the flavors of island spices. Chili Beans w/ Jalapeno and Red Pepper are dark red kidney beans in spicy tomato sauce. These classic chili bean are a great side, or a starter for homemade chili. Pinto beans are so–called from the Spanish word for ‘painted.’ Pinto beans have splashes of red that create the pink when cooked. EDEN Spicy Pinto Beans, perfectly cooked, have just the right amount of lively spices. Lentils w/ Onion and Bay Leaf are green lentils in savory sauce. They make enticing soup with the aroma of bay, just add some water. For the adventurous, please try the Eden Organic Seasoned Bean sampler. It includes all five.

Pantry to Palate in minutes

EDEN Organic Beans are USA cream–of–the–crop, and you don't have to take our word for it. They've earned accolades in independent taste tests: Men's Health magazine twice ranked EDEN Refried Beans number one for flavor and nutrition; the Center for Science in the Public Interest, in their Nutrition Action Healthletter, three times awarded EDEN Beans the highest ranking for flavor and nourishment; and Child Magazine selected our beans as a favorite for children and parents.

EDEN Seasoned Beans nourish and please like no others because they are like no others, and in bisphenoal–A (BPA) free cans. The beans are Midwest family farm organically grown in mineral–rich, vital soil. Meridian Foods, Eden's

cannery, soaks dried beans overnight and thoroughly cooks them in purified water. No chemicals, like calcium chloride or calcium disodium EDTA, are ever used. Since April 1999 Eden canned beans are canned in specially made, c–enamel lined cans that do not contain the endocrine disruptor bisphenol–A. These cans cost 14% more than industry standard, but we can't justify using any other.

EDEN Seasoned Beans offer every benefit and convenience of canned beans without any chemicals, food additives, or adulterants. They make a warming, ready to eat meal on a winter's day — just heat, stir, and serve — or use them as a base for other delicious recipes, available free at http://www.edenfoods.com/recipes. 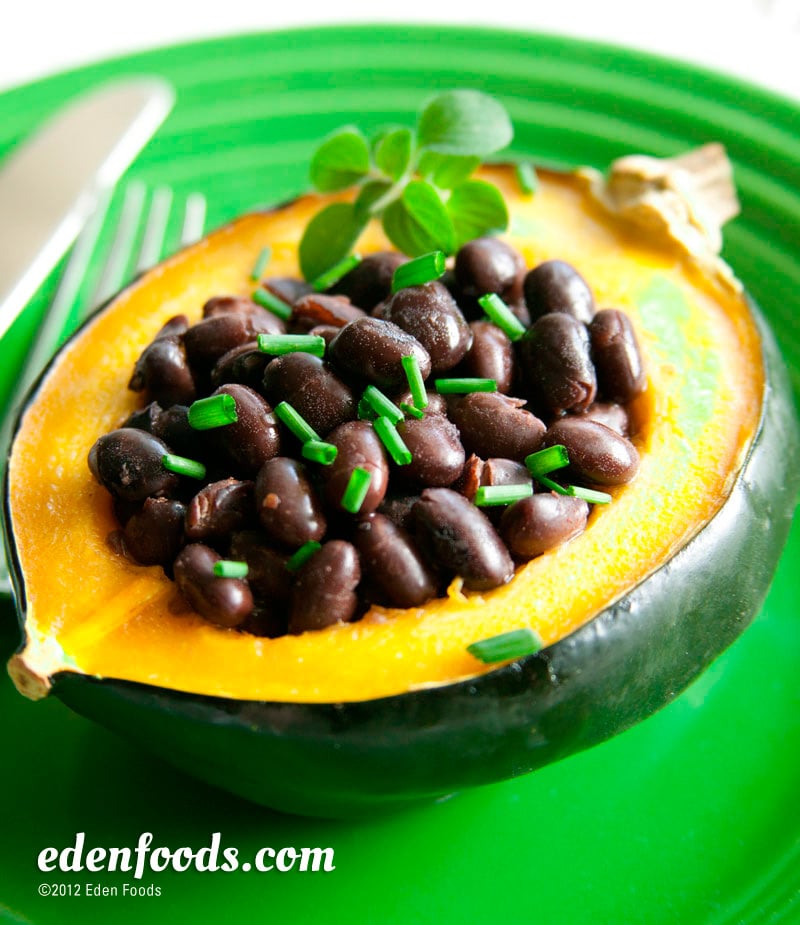