Add a Day to Your Life

“Eat a new food and add a day to your life,” is an old Far Eastern saying. Here's a very fun way to pick up a day — EDEN Mochi, the stuff our baked Nori Maki crackers are made of. Mochi is pounded dough of a very sticky type of rice. Mochi means pounded rice cake and it's not mochi if it's not pounded. A traditional, national celebration food of Japan that gained popularity back in the 8th century and became a cultural centerpiece. It is thought to rejuvenate a person's physical vitality, health, and strength, their very constitution.

Ways to enjoy mochi are only limited by creativity. Some of its many uses are as an entree, snack, finger food, dumpling, dessert, confectionary, grated cheese substitute, soup thickener, and for making waffles, pancakes, and pizza crust. Mochi is always served during New Year festivities and events celebrating births, birthdays, weddings, and special occasions.

EDEN Mochi comes in packages of six pieces vacuum packed for non–refrigerated pantry storage. The three varieties are made of JAS (Japanese Agricultural Standards) biologique certified brown rice. Quick to prepare or use, and well deserving of its reputation as a perfect example of the epitome of potent food. It is made by the Kojima family who began making brown rice mochi in 1974, a time when only white rice mochi remained available.

It's Not Mochi If It's Not Pounded

Most mochi available in North America is not actually mochi because it's not pounded, and it's found in the refrigerated sections. EDEN Mochi is traditionally made with an ingenious pounding method that lifts a heavy weight and drops it. Hand turning is still required. It requires no refrigeration until it's opened and then must be used within a few days. All EDEN Mochi is wheat and gluten free.

Cooking mochi is simple. Pan cook with or without oil, bake, broil, grill, or deep fry until it puffs up into moist, chewy cakes. It is great as is, in miso soup, in stew for dumplings, wrapped in Chinese cabbage leaves and steamed, or even made into crisp waffles. Try over a dozen free, easy, and quick mochi recipes at edenfoods.com/recipes. 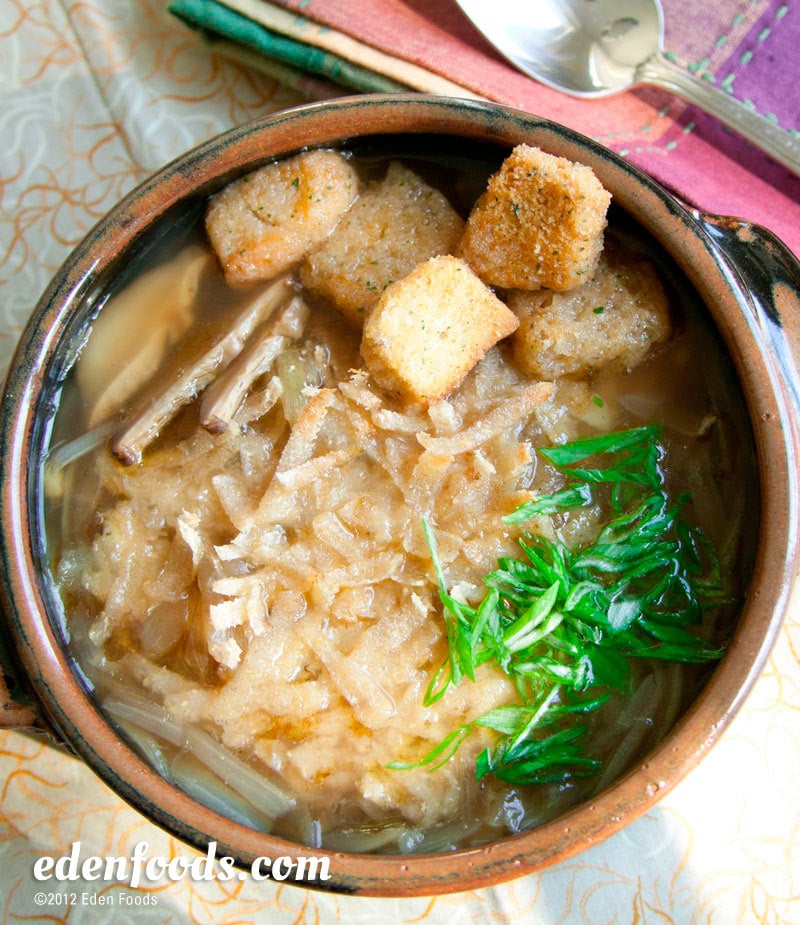