Food as comforting as rice and beans is rare. They are two good things that are better together. Combined they deeply satisfy with fundamental nourishment of complete protein, complex carbohydrates, and essential vitamins, minerals, and fiber. Rice and bean dishes grace nearly every corner of the world, notably in Latin America where they have been culturally central for hundreds of years. The Portuguese took rice to Brazil, and the Spanish introduced it throughout the Caribbean. As cultivation expanded in the southern Americas and up the Mississippi, tasty dishes were created of rice and beans with treasured local seasonings that eventually became defining to the region's culture. Following these traditional recipes, Eden created the first and only precooked organic short grain brown rice and beans in a can (BPA free), EDEN organic rice & beans.

Rice symbolizes security and provides more human nourishment than any other grain. Even in cultures that don't traditionally eat rice, it is most often a first solid food for babies. We only use brown rice for (now) obvious reasons.

“Beans are probably the best human plant food there is,” plant geneticist George L. Hosfield, Ph.D., told Reuters Health. He explained that beans are full of protein and fiber and low in fat. They also contain important vitamins and minerals such as folic acid, iron, potassium, and zinc. “With the additional bonus of their antioxidants, you have almost the perfect food,” he said.

EDEN rice & beans are made of the finest ingredients: Lundberg® family farm U.S.A. California organic short grain brown rice and EDEN organic beans with 100% organic vegetable, herbs, and seasonings, with a pinch of EDEN sea salt. They are prepared at our certified organic, kosher cannery, Meridian Foods in east central Indiana. Beans are soaked overnight, blanched, and combined with rice and seasonings before cooking.

We use only custom made cans lined with a oleoresinous c-enamel that does not contain the endocrine disrupter bisphenol–A (BPA). Oleoresin is a mixture of oil and resin extracted from plants, such as pine or balsam fir. These cans cost 14% more than the industry standard cans that do contain BPA, and we know of no other company using them. We have exclusively used BPA free lined cans since April 1999 for thirty–three varieties of beans, chili, rice & beans, refried, and flavored beans.

With EDEN rice & beans in your pantry it's super easy to make quick wholesome meals. Each is perfectly cooked and takes just minutes to heat, stir, and serve. Add fresh vegetables for hearty burritos, quesadillas, and tacos. Mix them with EDEN organic refried beans for superb burritos. For soup or stew, combine vegetables, EDEN tomatoes, water or vegetable stock, tweak the seasonings, and simmer until the vegetables are tender. Visit edenfoods.com for delicious, quick, free recipes such as Rice & Bean Burgers, Pita Sandwiches, Falafel Salad, Mushroom Risotto, and much more. 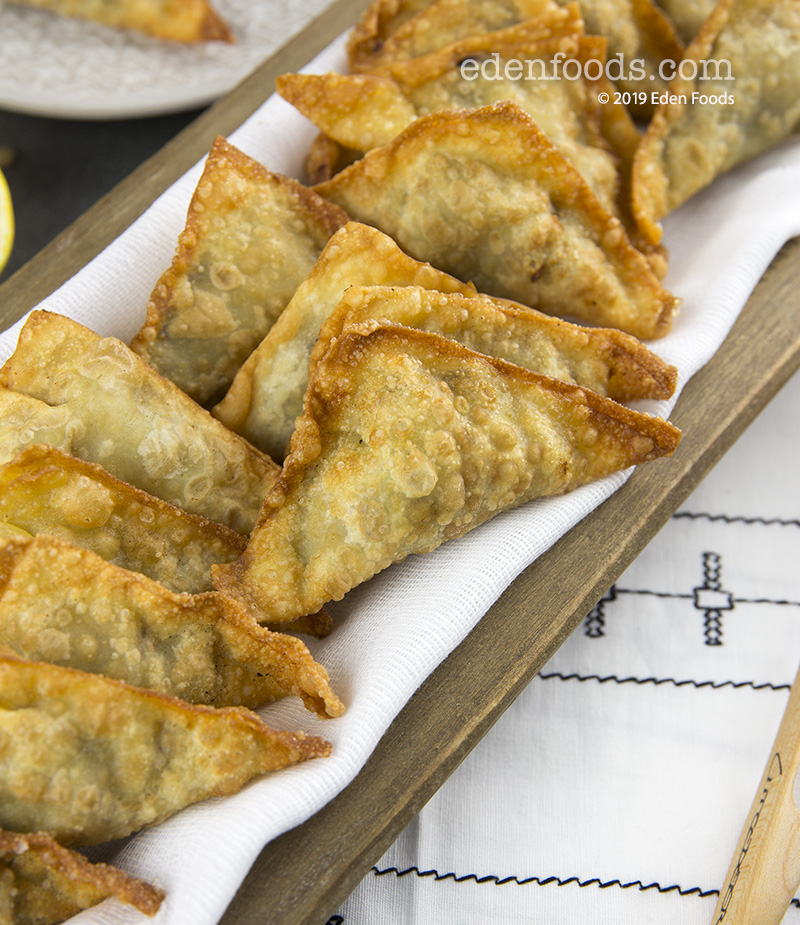