Whole Grain is the heart of good health. It provides broad spectrum nutrition in the correct proportions needed for well-being. Most folks are free to choose from all beneficial whole grains, but many must limit their choices to those that do not contain gluten. Today, many people are gluten sensitive to varying degrees, all the way to Celiac disease where gluten must be completely avoided in one's diet.

Gluten can become part of a meal in two ways: 1) gluten being an inherent part of one or more of the foods, and 2) cross-contamination - where food picks up gluten from other foods in handling or processing. As gluten is so prevalent in food, even gluten free grain can bring gluten into a meal if it has been 2) cross-contaminated in its handling. Eden addresses both of these ways of gluten getting into folk's meals. They source gluten free grain and then test to make sure it isn't carrying it, and they keep gluten free grain isolated from other sources of gluten in handling and packaging them.

Eden Foods offers eight (8) of ten (10) of the possible gluten free whole grains in a variety of convenient and versatile foods. Common gluten containing whole grains in the EDEN brand are wheat, kamut or Khorasan wheat, spelt, rye, and barley. Oats are technically gluten free but may be subject to cross-contamination in storage and processing, so oats are often avoided.

Please read on for further information about EDEN gluten free Whole Grains. Worth noting here is that we offer over 223 gluten free foods!

Two EDEN Gift Baskets of scrumptious (by any measure) food —

We are proactive in the prevention of allergen cross–contamination. To eliminate the possibility of wheat gluten contamination in our gluten free foods we built and severely monitor an isolated packaging room. We routinely test for gluten in foods that are listed as ‘gluten free.’ Our gluten free confidence is not based solely on testing, but also on good manufacturing practices and meticulous handling — all ingredients declared. For a list of EDEN gluten free foods visit www.edenfoods.com/glutenfreelist plus browse our free recipes — over 300 are gluten free — available on line or with the New Eden iPhone Recipe App on the App Store. 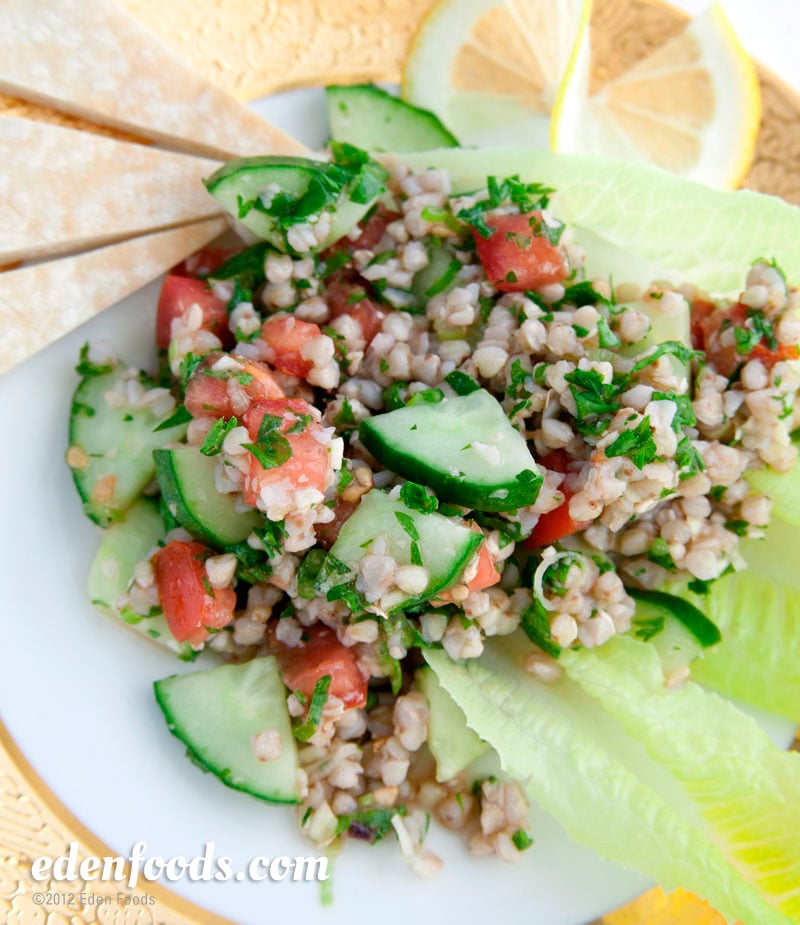