The expression ‘open sesame’ declares entrance to splendor and abundance. It's not magic. If you are only somewhat aware of its nutritional richness, it's just common sense. Condiments enrich and diversify nutrition of food dishes. They dress them up while adding to and helping bring out their flavor. They do this with basic nutritional components like protein, fiber and carbs, usually phytonutrients, minerals, and textures too. Antioxidants are common and some have antibacterial properties of substantial value.

In Eastern cultures there has never been a tradition of sprinkling raw salt on food. Table condiments were used instead. In the 1960s Macrobiotic founder George Ohsawa recommended using the sesame condiment gomasio, aka sesame salt, and furikake, a sesame sea vegetable sprinkle, as flavorful and more appropriate replacements of table salt. They became popular natural foods throughout Europe and the Americas after this because they were so commonsensical and delicious.

Mr. Ohsawa's suggestion is as spot-on today as ever. Americans in general take in far too much sodium, usually of very poor quality. Organic low sodium EDEN Gomasio and EDEN Shake, aka furikake, are traditional sesame condiments used in Japan for centuries. They impart great flavor, nutritional value, and enticing aroma without a lot of salt.

Sesame Sesamum indicum is believed to have originated in the East Indies and Africa. It is the oldest known herbaceous plant cultivated for its seed. It is valued as food and as an excellent source of healthy oil as it's 50% oil and 25% protein. Its culinary oil also has a long and storied history as a cosmetic, particularly in Ayurvedic youthing systems.

Used and traded far into prehistory, sesame was a significant food of Eastern and Mediterranean civilizations. The earliest record of a spice used, sesame seed, is in an Assyrian myth where the gods imbibed sesame wine the night before creating earth. Ancient Egyptians milled it to make flour, sprinkled seed on bread dough, and used its oil for beauty and to purify. Sesame, aka ‘semsent’, is recorded in the Ebers Papyrus, a 65-foot long 1500 B.C. Egyptian scroll listing ancient herbs and spices. Hippocrates, the Father of Medicine, declared, “Sesame is a food that can improve mankind's energy and vitality.” Greek and Turkish soldiers carried it in their rations, the Romans ground it into a paste to spread on bread, and Japanese and Koreans associate sesame with longevity. Sesame is now known to be one of the most concentrated sources of important nutrients including essential fatty acids (EFAs), calcium, iron, and high quality protein with amino acids such as methionine, tryptophan, and lysine that are missing in most vegetable protein sources. The lignans sesamin, sesamol, and sesamolin found in sesame, act as preservatives and provide potent antioxidant health benefit.

Eden Foods makes the finest traditional Gomasio in five flavors: Plain, Black, Garlic, Seaweed, and Black & Tan. Organic EDEN Gomasio is a flavorful, low sodium condiment that can be sprinkled on almost every food. Each of them is small batch crafted at Eden's AIB Superior rated, Michigan facility. Organically grown unhulled black and tan sesame seeds are dry roasted to release their oil and then slowly ground with oven roasted EDEN Sea Salt. Hot oil coats and mellows the salt crystals gently opening and carrying its flavor in this smooth, mellow condiment. Organic EDEN Gomasio comes in 3.5 oz. glass jars with a convenient, easy to use dual shaker/pour top. EDEN Shake is traditionally made in Japan of roasted tan and black sesame seed, green nori flakes, and pickled red shiso (beefsteak) leaves. It's a time-tested favorite, and a fun way to enjoy benefits of sesame, shiso, and nori sea vegetable. It is very low sodium with just 25mg / serving and has an easy dispenser cap. Organic EDEN Gomasio and EDEN Shake are wonderful on whole grains, noodles, baked potatoes, salads, vegetables, sprinkled over pizza, and organic EDEN Popcorn. They make vinaigrettes and marinades sparkle, and add an ideal flourish on all grilled food. Gomasio and furikake are used in California sushi rolls.

If you are not familiar with these efficacious condiments, we strongly recommend you experience why they have been popular so long. 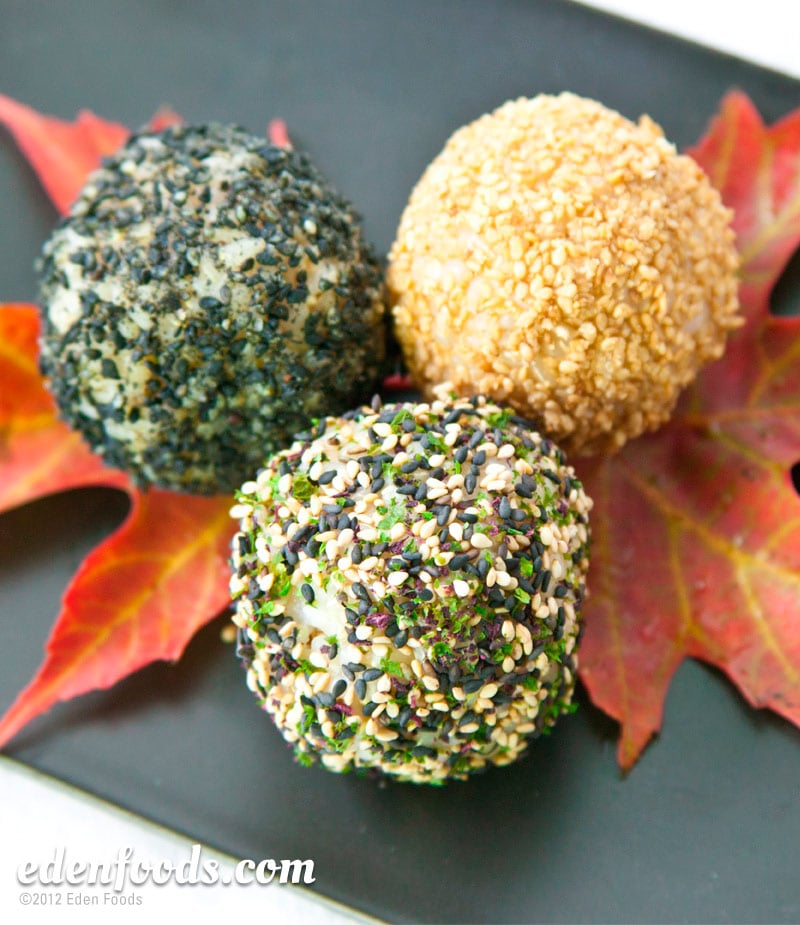