Eden Organic Extra Virgin Sesame Oil is made from Eden selected, certified organic, white sesame seeds. After cleaning and removing the hulls, the seeds are cold pressed to extract the oil. The oil is placed in settling tanks where sediment is allowed to settle out. It's then double filtered at ambient or lower temperature through a 100% cotton canvas filter press resulting in a clear, bright colored oil. This pure unrefined, extra virgin oil is then nitrogen flushed bottled in amber glass to protect the aroma, flavor, and valuable nutrients.

Eden Organic Extra Virgin Sesame Oil is made only from the finest grade organic sesame seeds and is produced naturally without the use of chemicals. Expeller cold pressing preserves the oils valuable nutrients, color, and delicious nutty flavor and aroma. Although there is no legal definition for extra virgin sesame oil, it is generally understood among oil producers that it means the following: it is made from 100 percent sesame seeds, is oil from the first cold pressing, no excessive heat is used in the process, the free fatty acid is below 1 percent, and the taste is sweet and characteristic of sesame. Eden Organic Extra Virgin Sesame Oil meets all of these conditions.

Most commercial seed oils, including sesame oil, are made by crushing the seeds and heating them beyond the smoke point, then treating the seed with hexane for a more complete extraction. It is then treated with caustic soda (sodium hydroxide), bleach, and chemical deodorants. All commercial oils are the same pale color and taste very similar regardless of the seed type due to this chemical processing.

Sesame Sesamum indicum is a treasured herb native to Indonesia and Africa. It has been widely grown in tropical and subtropical Asia and in the Mediterranean region for thousands of years. The first formal cultivation of sesame occurred around 3000 B.C. in the Middle East and 1600 B.C. in Egypt. The Egyptians are credited with being the inventors of sesame oil. Sesame seeds were introduced to Japan around 645 to 793 A.D. by Buddhist priests from Korea and China. Sesame oil production in Japan was recorded during the Heian Period (794 to 1191 A.D.).

Sesame plants grow about two to five feet and produce pretty purple cone shaped flowers. There are several varieties of sesame that produce creamy white, brown, black, or red seeds. When ready for harvest the seeds are encased in a protective hard shell that rattles with its precious contents. The entire plant is cut off at the base of the stem and stacked in an upright position against racks and allowed to dry. While drying the capsules that hold the seed split open. The plant is then turned upside down and shaken, the seeds drop onto a cloth.

Eden Organic Extra Virgin Sesame Oil is a delicious ingredient for making mayonnaise, dressings, spreads, and pasta toppings. Highly versatile and can be used for virtually all cooking needs from sautés and stir fries to baking. Try one of our favorites, Sesame Orange Vinaigrette, in the recipe section of this site.

You have no items in your shopping cart.

You have no items to compare. 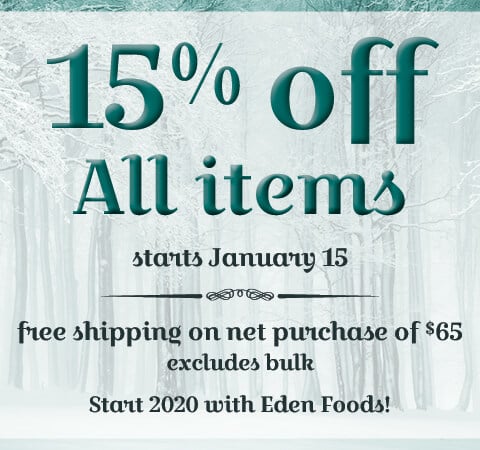 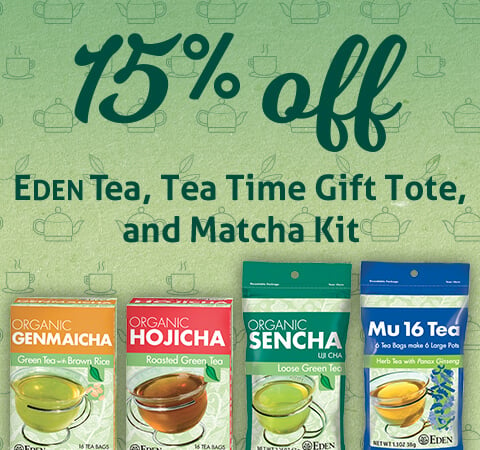