Tomatoes have defied being pigeonholed. They seem to have created their own category. Is it a fruit or a vegetable? Botanically it is a fruit, specifically a berry. By definition, a fruit is the edible plant structure of a mature ovary of a flowering plant. Plant matter covers the ovary and its seeds. Cucumbers, peas, beans, eggplant, zucchini, and squash are fruit too. Like the tomato, they have low sugar content. In the culinary world, these are treated as vegetables and used in salads, sauces, and as a side dish, but not in desserts. In canning, tomatoes are treated as fruit. Their high acid content allows them to be hot water canned, not needing high temperatures or pressures that are required for lower acid vegetables.

In 1883, U.S. Customs imposed taxes on imported vegetables, but not on fruits. This led to a 10-year legal dispute. In 1893, the Supreme Court settled it declaring, “Botanically speaking, tomatoes are fruits of a vine, just as are cucumbers, squash, beans, and peas, but in the common language of the people … all these are vegetables.” The import tax laws then applied to tomatoes. The government eventually abandoned the Tariff Act of 1883, but even today, the tomato is by law a vegetable.

Macrobiotics and the Tomato

Macrobiotic teachers, speaking to those trying to recover their health, discouraged tomato consumption. It was safe to say we did not need more yin, acidic food like tomatoes. Recently, knowledge of the value of good organically grown tomatoes has come to light.

Tomatoes contain vitamins A, C, and B9 (folate), potassium, carotenoids, flavonoids, and antioxidants. They help reduce the risk of cardiovascular issues, prostate and intestinal cancers, diabetes, inflammation, oxidation, and help shed unwanted pounds. For those not on a strict restorative regime, tomatoes can be enjoyed wisely along with their significant health benefits and culinary appeal.

The tomato first found its way to Europe in the late 15th or early 16th century from western South America. Becoming part of European cuisine was gradual, slowed by fears the fruit was poisonous. They were classified in the Solanaceae plant family that includes the deadly nightshades mandrake and belladonna. Other commonly enjoyed nightshades are potatoes, peppers, eggplant, and tobacco. There are about 7,500 varieties of tomatoes grown for various purposes and in different climates and soil types.

Colonists brought the tomato to North America. Thomas Jefferson and George Washington Carver, among others, worked to dispel the myth that tomatoes were poisonous. This belief was amplified when people became sick after eating tomatoes and, in some cases, died. Gradually, it was realized that the acidic tomato leached lead from pewter kitchenware. Lead was causing the illnesses, not tomatoes.

For thousands of years, plants of the Solanaceae family have played an important part in human civilization, both as food and medicine. While the genus does have some deadly plants, the tomato is not one of them, despite the presence of trace amounts of solanine and tomatine alkaloids, especially in the leaves and green fruit. As the tomato matures, those levels disappear. On the contrary, plum tomatoes, like the Napoli and Roma used for EDEN Tomatoes and Tomato Sauces, are nutritious food with valuable nutrients, like lycopene.

Lycopene is perhaps the most effective antioxidant. Cooked tomatoes are the best source of it. More than 600 carotenoid plant pigments are antioxidants. Red lycopene outpaces them all in antioxidant ability. Researchers say plum and cherry tomatoes are highest in lycopene, and organic are even higher. Cooking them with oil increases lycopene absorption, because it is fat-soluble. Lycopene is not the only beneficial component of tomatoes. It works with other phytonutrients and vitamins that make it much more desirable and effective than lycopene that has been refined for supplements. John Erdman, Emeritus Professor of Food Science / Human Nutrition, and Professor of Internal Medicine of Nutritional Science at the University of Illinois said, “It has been unclear whether lycopene itself is protective. We believe people should consume whole tomato products in pastas, salads, in tomato juice, and even on pizza.”

EDEN tomatoes are fifth-generation Italian family, organically grown heirloom Napoli and Roma plum tomatoes. Plum tomatoes are Italian chef preferred for making sweeter, thicker sauces. They are also ideal for canning with sweeter flavor, fewer seeds, deeper color, and firmer flesh. EDEN tomatoes are hand harvested when red ripe, and travel only a few miles to the processing facility where they are cooked within hours of harvest, best preserving their garden-fresh flavor.

The Eden difference is easy to taste and see. The tomatoes are hand harvested only when perfectly ripe. Their skins are removed using hot steam and brushing instead of lye. EDEN Crushed Tomatoes and No Salt Spaghetti Sauce are very low sodium with no salt added. EDEN Crushed Tomatoes with Onion, Garlic & Basil, Spaghetti Sauce, and Pizza Pasta Sauce contain a bit of EDEN Portuguese Sea Salt. EDEN heirloom tomatoes are naturally sweeter and require no added sugars. Where used, only organic herbs and spices are added.

EDEN tomatoes are the only brand in the USA using protective amber glass to prevent light damage of nutrients and flavor. All ingredients are declared on the label. BPA, BPS, and phthalate free. Non-GMO. Gluten free. 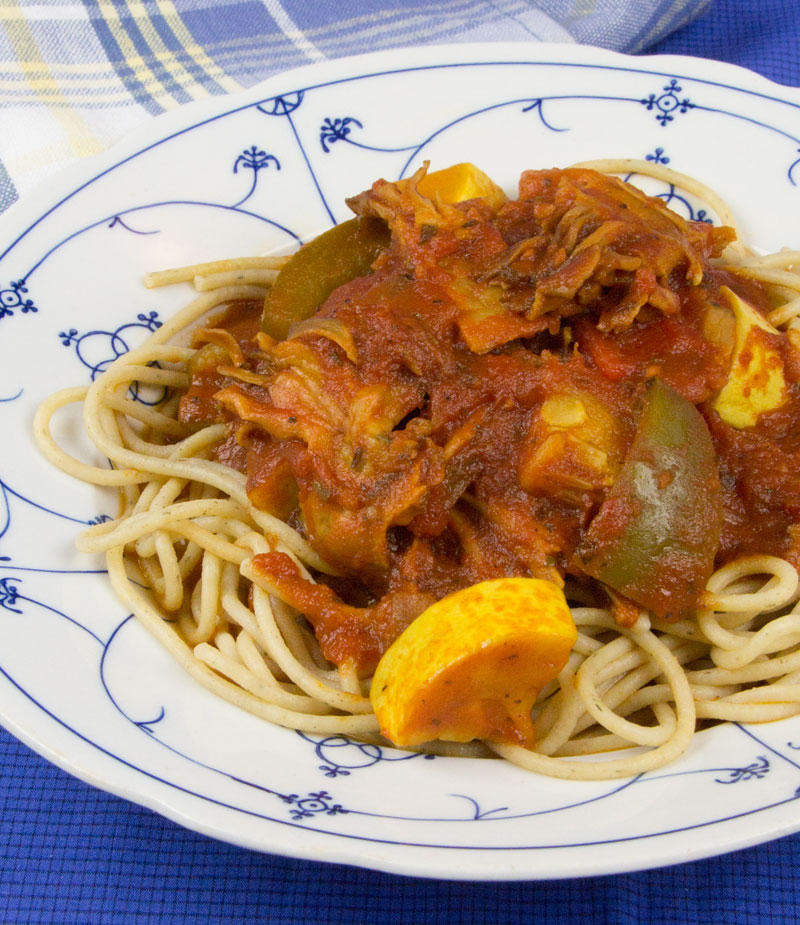