The EDENSOY epoch began in 1983 marked by demand at retail stores for full cases of thirty 6 oz. retort pouches. This made it possible to move its manufacture from Japan to Michigan and upgrade its packaging to Tetra Pak aseptic cartons. The nondairy liquid food grocery category was then created. A stampede of food manufactures, rushing to market with ‘me too’ cheap EDENSOY imitations, took new liquid foods into grocery stores.

A Japanese miso manufacturer, knowing perfectly well how to prepare soybeans to nourish human beings, developed EDENSOY soymilk. This know-how remains completely unique to EDENSOY with no other maker even approximating its value.

Eden Foods, foreseeing the commercialization of genetically engineered soybeans, took every step necessary to maintain EDENSOY purity. In February 1993 a system was implemented that required avoidance of genetically modified organisms (GMOs) and their derivatives in the food Eden sourced. The system required participation of every Eden Foods grower and supplier. By 1997, GMO testing protocols were fully implemented. Today, these Non-GMO supply systems remain pure. Eden Foods' systems are rare and valuable to those trying to prevent food monopolization, loss of personal freedoms, and protect domestic supplies.

A great deal of work and expense is required to keep EDENSOY free of GMOs. Rigorous and repeated testing is necessary — of the seeds, plants as they grow, harvested crops at the farm, every load received at storage facilities, and then again when received at the processing locations.

Eden Foods also avoids GMO derivatives like pharmaceutical enzymes, etc. When the New York Times tested eleven soy and corn based foods in 1997, the only one that tested GMO free was EDENSOY.

EDEN brand soyfoods achieved the highest score of 955 out of 1,000 and the top rating in the Organic Soy Scorecard. The Scorecard presents a study carried out over a year-and-a-half into social, environmental, and health impacts of soyfood brands in North America. The Cornucopia Institute, an independent advocate working to preserve organic integrity and create economic justice for family farmers, released the report in May 2009. It evaluated sixty-two soyfood brands. They were rated on ten criteria including sourcing, stringency of organic certifier, and prevention of GMO and chemical contamination. Eden Foods was declared a “Hero” by the Cornucopia Institute as a result of this study, and ranked the highest, by far, in the organic soyfoods category. The report is at their website — Cornucopia.org

EDENSOY remains the only U.S.A. soymilk that is properly prepared to nourish human beings. This simply does not happen without American Soy Products' (ASP's) miso maker know-how. It can only result from exacting choices in acquiring beans, and in the preparation of EDENSOY. ASP is an organic manufacturer and Michigan joint venture company founded by Eden Foods in 1985. EDENSOY begins with a uniquely skilled water extraction of whole soybean protein. Every step taken helps develop its proper value — the choice of ingredients, the purified water, the patented enzyme invalidator, the precisely purposed soybean cooking, and the remarkable Swedish aseptic packaging equipment. The people making it care.

From the ‘Sad but True’ and ‘You Need to Know’ categories come the facts that soymilk is most commonly made from GMO derived soy isolate and imported soy that falsely claims to be organic. Though touted as healthy, most soyfoods are made using the cheapest ingredients and processes. For instance, low cost imported soy and grain, hexane extracted soy protein isolates treated with toxic petrochemicals and additives, refined sugars, and universal use (except at Eden Foods) of undeclared ‘flavor masker’ chemicals, etc.

EDENSOY is pure, beneficial natural food. It provides the highest quality whole soy nourishment with a complete amino acid profile, essential fatty acids, and an entire range of balanced nutrients including calcium, potassium, B vitamins, minerals, trace elements, naturally occurring soy isoflavones, and abundant phytonutrients. EDENSOY Original Extra and Vanilla Extra are enriched with bio-available vitamins and calcium from 100% vegan sources. EDENSOY is the only soymilk made with kombu sea vegetable that adds trace minerals and enhances its flavor. When sweetened, only clean, gentle, organic whole grain malt extract and organic maple syrup are used. Vanilla EDENSOY is the only soymilk in America made with 100% real vanilla extract. Carob EDENSOY is made with real organic carob and carob extract. Unsweetened EDENSOY with 12 grams of protein - the most of any soymilk - is the ideal choice for those wanting an unsweetened soymilk, and it is Gluten Free. NEW Cocoa EDENSOY is a wonderful improvement on its predecessor Chocolate EDENSOY. It is made with organic dark cocoa powder, organic malt, and organic maple syrup.

EDENSOY is used on cereal, and to make smoothies, smoothie bowls, freeze pops, creamy soups, sauces, gravies, breads, pastries, and desserts. Use it cup-for-cup when substituting for other milk. Browse over 250 free and sharable EDENSOY recipes at edenfoods.com or in the EDEN Recipes™ App — now available for Android and iOS devices. 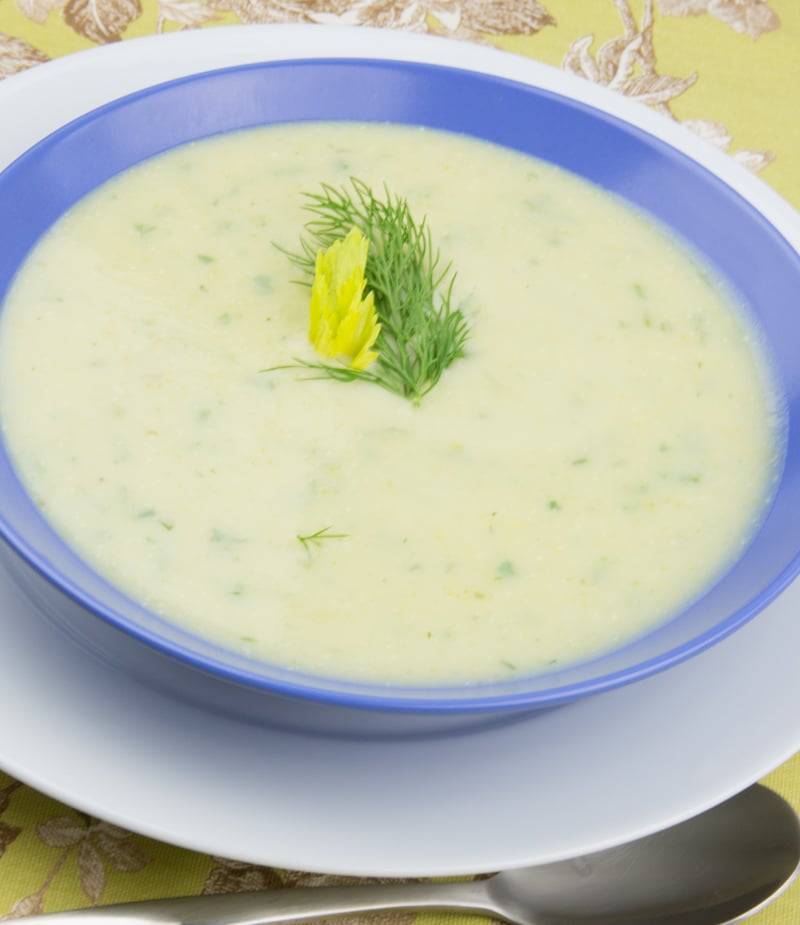