When Columbus landed in the New World, as the story goes, popcorn was one of the first things the Natives tried to sell to his crew. Popcorn originated in the Americas and was enjoyed by its earliest inhabitants. Archaeologists have found 5,000 year old popcorn kernels in central New Mexico, and ancient kernels in tombs in Peru that were so well preserved they could still pop. In a cave in southern Utah, researchers found 1,000 year–old popped corn left by Pueblo Indians. In the Great Lakes region the Iroquois popped corn in pottery crocks over heated sand. In fact, virtually every Native American tribe can claim popcorn as part of its heritage. To this day popcorn is considered one of America's favorite, most pleasurable snack foods.

Popcorn's unique popping ability comes from the water stored in the soft starchy center (endosperm) inside its hard outer shell (pericarp). Heating creates pressure as the water expands. When the outer shell cracks the kernel explodes, the water escapes as steam, and puffs the endosperm turning the kernel inside out. A fine quality popcorn should be not only an excellent popping variety, it must also be handled carefully at the farm, mill, and during packaging to make sure its pericarp remains perfectly smooth and unscratched. Damaged kernels lead to 'old maids', the little semi–popped bits that end up in the bottom of your popcorn bowl.

The Finest Popcorn We Could Find

Grown by a handful of organic family farms in Nebraska, EDEN Organic Popping Corn is a carefully selected yellow corn variety with a superior popping quality that produces large, fluffy, delicious popped kernels. EDEN Popcorn is a whole grain food, rich in dietary fiber, naturally low in fat, saturated fat free, and sodium free. You decide what goes on or into it. Air pop it without oil or try healthful oils such as EDEN Organic Soybean Oil or Extra Virgin Olive Oil, each imparts a delicious buttery flavor. EDEN Popcorn is 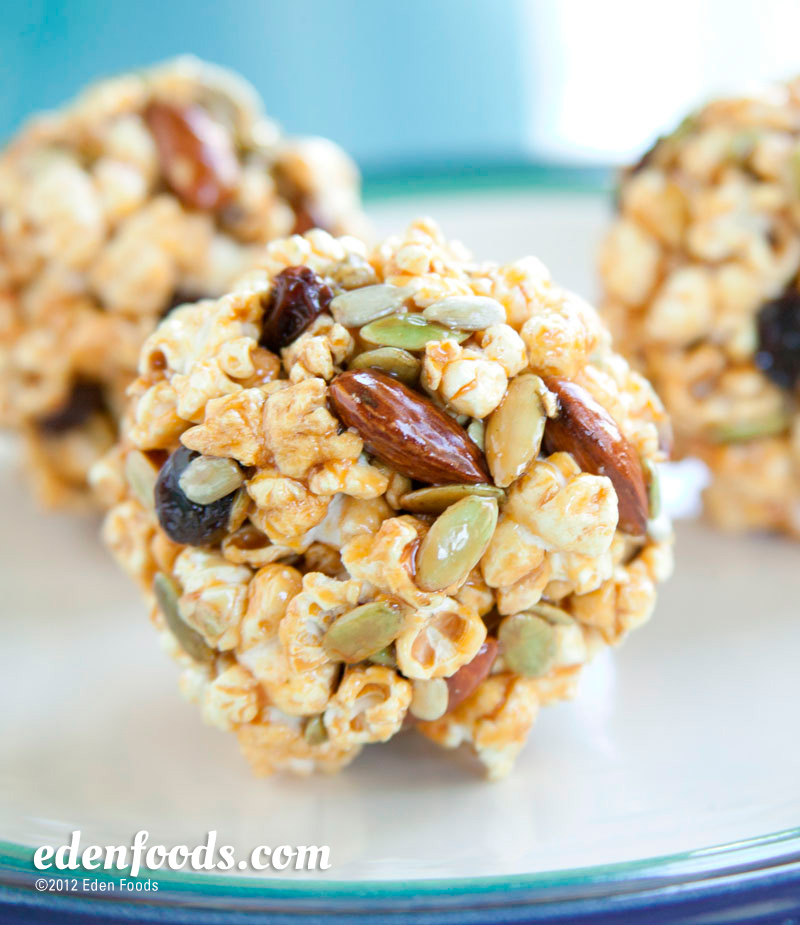