From the 1890s until the Great Depression popcorn street vendors were common in towns and cities across America. Pushing their steam or gas powered popping carts through parks, fairs, parades, and public events they supplied popcorn to the gathered crowds. Their popped corn was one of few luxuries that most families could afford. Many popcorn businesses thrived during the Great Depression, while other businesses failed. Why? Economics. The vendors had little overhead, popcorn was inexpensive to make and sold for a very affordable price, creating more demand. In fact the popcorn vendors were making about 70 cents on a dollar.

Today popcorn is still one of America's favorite, most pleasurable snack foods with Americans consuming roughly 17 billion quarts of popped popcorn each year or about 54 quarts per person. Why? It's still economics. Popcorn is a great snack that's not only delicious it's a great value compared to most other snack foods today with 1/2 cup raw corn producing about 16 cups of popped corn. Pure EDEN popcorn helps family farms and is a significant ecological benefit to all.

Most people probably don't know that popcorn is 100% whole grain and a quick, easy, and enjoyable way of getting whole grain benefits. Researchers at the University of Pennsylvania recently reported that popcorn, like other whole grains, contains healthy antioxidants called polyphenols, “We really were surprised by the levels of polyphenols we found in popcorn. Early researchers thought that fiber was the active ingredient for the benefits of whole grain” … “But recently polyphenols emerged as potentially more important,” said Dr Joe Vinson, study leader and chemist.

Take the POPS Out

In 2003 the FDA's Total Diet Study listed popcorn as one of the top ten foods most contaminated with POPS (persistent organic pollutants). POPS have been found to have serious health implications even when exposure is very low. Many of these chemicals mimic human and animal hormones and are capable of crossing the placenta during pregnancy. They've even been linked to the declining bird population and other species of animals. Take the POPS out of your popcorn and reach for EDEN Popcorn, certified organically grown on family farms. A carefully selected yellow variety with superior popping qualities that produce large tender morsels bursting with pure corn flavor and all the health benefits that Nature intended. EDEN Organic Popcorn is a healthier, tastier choice for you and yours. 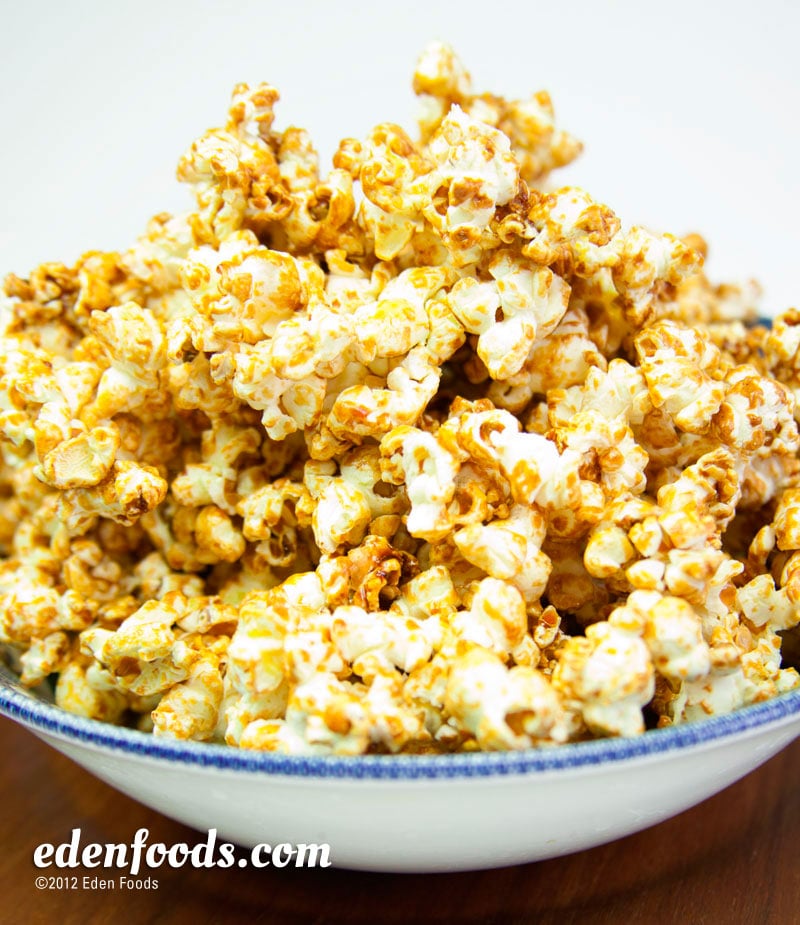