For millennia, cultures the world over have known sea vegetables as valuable sources of special nutrients that could be found nowhere else. Sea vegetables can have profound impact in human nutrition and well-being with a complete spectrum of rare, but imperative trace minerals not found in land vegetables. They contain all the minerals in the ocean in proportions similar to that of human blood and provide an array of potent phytonutrients, as well as fiber, calcium, iron, potassium, zinc, and vitamins A, B complex, C, D, E, and K. A recent study at the University of California revealed the addition of sea vegetables in one's diet may reduce likelihood of breast cancer. They have also been proven to boost immune system function in studies from multiple countries.

Many essential trace minerals completely missing in modern diets are readily available in sea vegetables, together with a precious array of vitamins, enzymes, and amino acids.

Another property of sea vegetables is their cleansing ability. This action is linked to alginic acid, a polysaccharide abundant in brown algae sea vegetables such as EDEN Kombu, Arame, Hiziki, and Wakame. Due to environmental pollution, heavy metal contaminants in our bodies may include barium, mercury, lead, cadmium, radioactive strontium, etc. Research headed by Dr. Yukio Tanaka at McGill University in Canada, demonstrated that alginic acid in sea vegetables can bind with heavy metals, rendering them into forms that allow them to be harmlessly eliminated. Dr. Tanaka's research has shown that the alginic acid in sea vegetables actually helps bind and draw out any pollutants that are already stored in our bodies, thus “lowering the body's burden.”

Interest in the tonic value of sea vegetables began in 1927 when Professor S. Kondo of Tohoku University, Japan discovered that people regularly eating sea vegetables enjoyed particularly long and healthy lives. Since then scientist have learned that sea vegetables have unique antibacterial, antioxidant, and immunity enhancing benefits. One of their most beneficial compounds is fucoidan, a polysaccharide found in brown sea vegetables. EDEN Mekabu, the sporophylls of Wakame, is especially high in fucoidan. Its viscous, slippery texture comes from fucoidan in its cell walls. Researchers found that fucoidan enhances immune system function and offers heart, digestive, and thyroid health benefits. Sea vegetables are renowned fat burners and this is also linked to their polysaccharides.

Eden has supplied Japanese sea vegetables for forty years avoiding cheap adulterated Asian sources. Many countries produce sea vegetables exclusively for export to the U.S.A; as in they don't eat them. Seaweed from these sources are most prevalent in the U.S.A. and grown in conditions extremely inappropriate for producing food for humans; but yes, they are cheap. EDEN sea vegetables are wild or cultivated and hand harvested from pristine, environmentally protected seas designated as national natural treasures. They are constantly Arctic current washed and fed. Each is prepared using only centuries-old artisan methods. EDEN Japanese sea vegetables are renowned for their idyllic purity, superb flavor, and uniquely potent nutritional content.

Sea vegetables are generally an acquired taste, but the culinary and health benefits makes acquisition well worth the effort. Eden offers twelve selections for pleasing the uninitiated and the aficionado. The easiest to start with are the milder, sweeter ones like EDEN Agar Agar, Arame, and Nori. Add EDEN Instant Wakame to miso soup or briefly soak and add to salads. Sprinkle EDEN Nori Krinkles and Spicy Nori Strips on noodles, grains, and salads. Visit edenfoods.com for dozens of free recipes and ideas, and see edenfoods.com/sushi for step–by–step photos and instructions that make it easy to prepare sushi nori rolls. 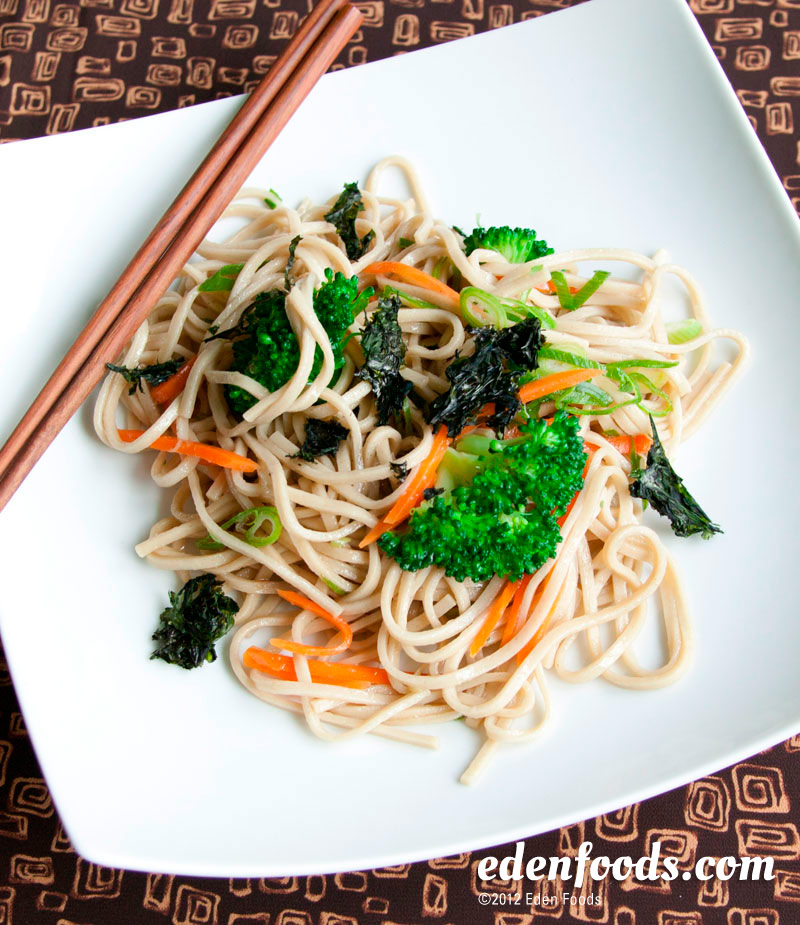