The term ‘refried beans’ is a morph of the Spanish ‘frijoles refrito.’ Frijoles are beans, and refrito means well fried. In Mexican tradition refried beans are black turtle or pinto beans, soaked overnight, water cooked, mashed, and fried with lard, vegetables, and spices. They are fried just one time. As their popularity spread into the United States and Canada the English name refried beans came with this versatile bean preparation.

The versatility of beans is accentuated in the refried bean form as they can be easily used for creamy soups and stews, sandwich spreads, dips, casseroles, and in all the other dishes where beans are used. Most people are trending toward healthier versions of refried beans like EDEN Refried Beans that are not fried at all and are made from organically grown beans. Truth is that commercial canned refried beans in the U.S. are actually not fried at all either. All beans contain a fair amount of excellent fat, and because Eden beans are grown in rich, vital organically managed soil they are so flavorful that they do not need lard or a lot of salt to make them quite tasty. The taste difference between commercially grown and organically grown beans is absolutely amazing. As commercially farmed soil becomes depleted of vitality and nutrients from the harsh chemicals used, it becomes necessary to replace lost flavor appeal from what this soil produces by masking or adding flavor, and this is a main reason why there is some much cheap fat and salt in prepared foods today.

Beans are one of the healthiest foods with their high protein, complex carbs, high fiber, important vitamins, minerals, and antioxidants. They are an easy way to get as much as a third of the fiber we need daily, and they're one of the best fat burning foods there is. To get the essential health benefits of beans it is all-important to choose great beans. EDEN Refried Beans are made of U.S.A. family farm organically grown beans, soaked overnight, and thoroughly cooked with a bit of EDEN Sea Salt. EDEN Refried Beans have been rated best in flavor and nutrition of all canned refries by Men's Health magazine four times, and were again chosen the “Best Refried Bean” in their November 2011 feature ‘The 125 Best Food For Men.’ They received the Center For Science in the Public Interest's (CSPI) Nutrition Action Healthletter coveted ‘Best Bite’ rating earning the highest score for nutrition of all 38 brands studied. EDEN Refried Beans are an excellent source of fiber, low fat with no fat added, contain half the sodium of other brands and are additive and preservative free. EDEN Refried Beans are the only canned refried bean in the U.S.A. and Canada in bisphenol-A (BPA) free lined cans. Eden's Meridian Foods cannery is universally known in the industry for producing canned beans with the best fill and finish. Add to this that it's the only cannery in the U.S.A. or Canada using BPA Free cans, plus the many accolades, and the EDEN brand becomes the obvious choice.

Native Americans' diets were centered upon the Three Sisters — Corn, Beans, and Squash. Humanity's diet is also best centered upon the Three Sisters in the form of Whole Grain, Beans, and Vegetables; organically grown of course. The importance of beans in human nourishment is vastly unrated in modern societies, particularly in the United States and Canada. Whole Grain, beans, and vegetables are absolutely essential to a human being's healthy diet.

Mild or Spicy — Purity in Both

Each EDEN Refried Bean is a creamy purée with some whole bean pieces mixed back in. There are six flavors: Spicy Pinto Bean, Spicy Black Bean, Pinto Bean, Dark Red Kidney Bean, Black Turtle Bean, and a unique blend of Black Soy & Black Turtle Beans. Two have organic spices and organic vegetables added, and four are simply lightly salted so you can flavor them as you like with spices, peppers, etc. or leave them as is and just enjoy the deliciousness of EDEN beans. To prepare them at home place a small amount of water and/or oil in a skillet or saucepan, add the beans, mix thoroughly, and heat slowly until they're ready. Organic EDEN Refried Beans are delicious with sautéed onions, sweet bell peppers, hot peppers, and sweet corn. Serve them as a side, add to burritos, tostadas, tacos, quesadillas, enchiladas and nachos, or use them as a perfect base for creamy soups, sandwich spreads, and party dips. No matter what you do with them, they deliver purely delicious, potent nourishment. 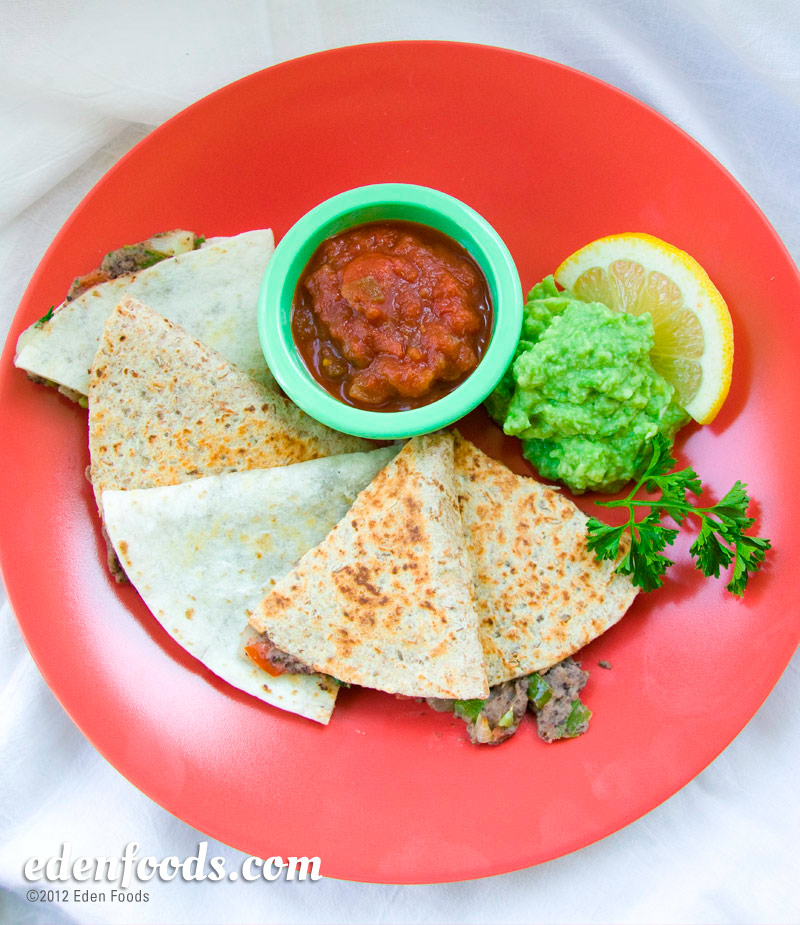