Recently, Eden Foods became intrigued by fermented gluten-containing food items that when fully fermented become completely Gluten Free. This happens when the offending proteins are broken down through fermentation into their amino acids or building blocks. With the gluten sensitive triggering proteins gone, foods such as EDEN Shoyu, which has the ingredient Wheat, become a gluten free food through the completion of fermentation. In such cases all of the proteins are broken down into their component amino acids, or components of the amino acids. But, be careful, an incomplete fermentation process will leave proteins whole that a complete fermentation would have disassembled. Only when fermentation is fully complete, will cases such as this become gluten free.

This fermentation process of transformation to gluten free is just now becoming appreciated.

Today, there is no U.S. food law for indicating gluten-free food, although food industry standards and FDA oversight pretty reliably require Gluten Free foods to have less than 20 parts per million (ppm) of gluten to qualify for use of the term — Gluten Free. Gluten has not been detected in any EDEN soy sauce in independent third-party laboratory analysis, even at a level of 5 ppm, far below industry standards. No EDEN Shoyu has ever shown gluten in any independent third-party laboratory test.

EDEN naturally brewed shoyu soy sauce is artisan made by those skilled in ancient methods of koji Aspergillus oryzae fermentation. Koji inoculated whole soybeans and wheat are fermented in cedar casks through two full cycles of the seasons. EDEN Tamari Soy Sauce is crafted in the same manner, but without having any wheat added.

A good shoyu or tamari is otherworldly, like a fine wine. When properly made, which is exceedingly rare these days, they completely transcend their genre. In this world of imitation and adulteration it’s wise to shun soy sauces that are caramel colored salt water and soy (GMOs) isolate concoctions. EDEN soy sauces are crafted of the finest ingredients, skill, and patience. Such rich character and bouquet can only develop over long-term fermentation. EDEN imported and domestic soy sauces are made of U.S.A. family farm organic non-GMO soybeans. EDEN soy sauces are bottled in dark amber glass to protect their flavor and nutrients from damage by light induced photochemistry.

EDEN Traditionally Brewed Shoyu was the highest rated and only ‘Highly Recommended’ brand in two comparisons of 12 soy sauces by Cook's Illustrated Magazine, as reported in its January/February 2000 issue. “Tasters decisively ranked this distinct soy sauce number one in both taste tests. The flavor was toasty, caramel, and complex, not wimpy. Rich, clean, and balanced with ‘vivid’ flavor. The salt flavor was tangible but not overpowering.” Cook's Illustrated is an independent publication that is not affiliated with Eden Foods and does not endorse products.

EDEN Imported Tamari was awarded ‘Best Tasting’ of the seven brands sampled in San Francisco at a competitive evaluation held by a discerning panel at the San Francisco Chronicle newspaper. They wrote of EDEN Tamari, “The top tamari was Eden's imported version, with the green label, which is organic and made in Japan in the traditional long-fermented way. This tamari was dark and thick, almost syrupy. Its flavor was rounded, with a nice complexity of flavor that balanced the salt and caramel.”

EDEN Shoyu and Tamari work wonders in cooking, seasoning, and marinating. While tamari imparts its own flavor, shoyu’s value is in how it melds, harmonizes, and enhances the flavors where it is used. The effects of a good shoyu are wondrous, in both enjoyment and in creating dishes that satisfy. 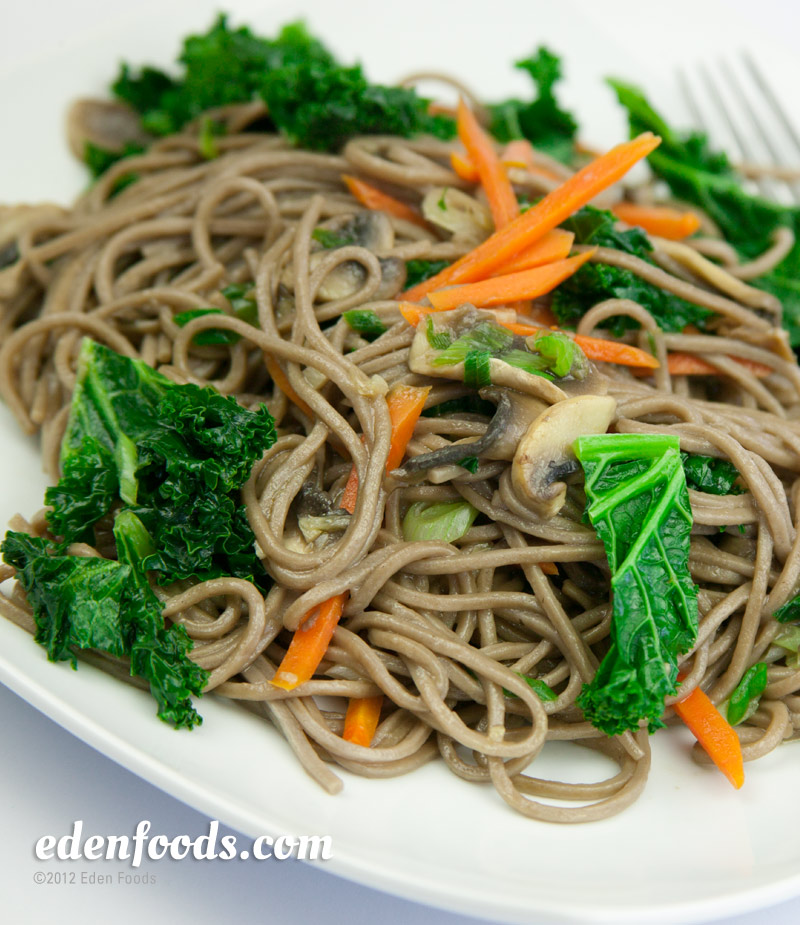