Returning Portuguese merchantmen of the 1500s and Dutch traders of the 1600s brought fermented soy sauces from Asia to Europe. They were quickly appreciated as remarkable concoctions and enthusiastically received by Europe's nobility. Japanese soy sauce graced the table of Louis XIV of France during the 1600s. The story of the day was the king had a secret cooking ingredient that came from the other side of the world, fermented in huge wooden casks for two years. Arne Thurnberg, a Swedish doctor and botanist of the 1700s, in his book Travels In Japan wrote a description of soy sauce processing indicating his preference for Japanese shoyu soy sauces over the Chinese varieties. He named the sauce ‘soya’ or ‘soya bean sauce.’

The reputation of Japanese shoyu soy sauce in culinary circles focuses on versatility and its incredibly delicious seasoning effects. Shoyu's esteem has continued to expand since the 16th century, only recently hampered by unseemly imitations.

Today, genuine soy sauces like those prized by yesteryear's royalty are rare, and Eden Foods is a rare source of them. 99% of commercial soy sauce is assembled using hexane extracted GMO soy isolate, refined sugar, refined salt, caramel color, GMO derived enzymes, and additional toxic additives. They are made using speedy methods and temperature regulated fermentation. Many are not fermented at all, but made in a single day using hydrochloric acid to hydrolyze soy protein, caramel color, and test tube chemical flavorings. These are known as synthetic or fake soy sauce in Japan. In the Western world they are far and away the most common and most folks have never experienced the wondrous joys of shoyu.

EDEN soy sauces are transcendental in both subtle and profound qualities, traditionally made of the finest ingredients using very old, artisan skills. The flavor and efficacy of real shoyu cannot even be approximated in modern, chemically made artificial soy sauces. Such pleasing characteristics can only develop through long fermentation, overseen by competent brewmasters.

EDEN soy sauces carry forward know-how developed centuries ago. They are made by brewmasters, heirs of the skilled arts of koji fermentation handed down through generations.

EDEN Shoyu is made from koji Aspergillus oryzae inoculated whole soybeans and wheat, pure water, and fine sea salt. It is skillfully tended and aged in cedar casks through two seasonal cycles at natural, ambient temperatures in the same manner used for over 500 years.

The most noticeable quality of fine shoyu is not its own flavor, but rather its unique ability to combine with, harmonize, and enhance the flavor of other foods. Remarkably, it does the same inside our bodies, balancing chemistry for optimum enjoyment of life. The complex chemical makeup of shoyu gives it an extraordinary rich and useful flavor. It also has an irresistible aroma that contributes to the appeal and enjoyment of foods it graces. Such noble qualities only manifest through long-term traditional fermentation.

All EDEN Shoyu has been tested for the presence of gluten by a high quality, third-party, independent laboratory. Even though wheat is an initial ingredient, tests confirm that no gluten is present, even at less than 10 ppm. The international Codex Alimentarius food standards, FDA, the U.S. food industry, and Canada use a target threshold of less than 20 ppm for making the Gluten Free claim. However, the FDA prohibits Gluten Free labeling where wheat is an original ingredient, even if no gluten is present in the food. In the fermentation process all of the gluten is transformed into simple components that are not at all an issue for those intolerant of gluten. We believe that the Eden test results are achieved through traditional long-term fermentation that completely break down the offending gluten proteins into their amino acid components.

EDEN Tamari is crafted in the same manner as EDEN Shoyu, but without the mellowing wheat being added. Originally, tamari was the thick liquid that pooled on top of casks of fermenting hacho (soybean) miso. The English translation of the Japanese word tamari is ‘puddle.’ Today, tamari is specifically brewed as a sauce. Because only soybeans are used, tamari's flavor is reminiscent of miso and more pronounced than that of shoyu, with a thicker consistency and deeper color. This robust seasoning and condiment is best for longer cooking and commercial food production where bolder flavor is desired. Its American popularity has mainly risen from those seeking to avoid the gluten of wheat.

EDEN Ponzu, a five flavor sauce, is a traditional dipping soy sauce for whole grain pasta, noodles, vegetables, tofu, fried food, and seafood. It is deserving of its high repute and splendid as a salad dressing ingredient and marinade, with a delightful flavor that is a medley of sweet, sour, tangy, salty, and savory from shoyu soy sauce, rice vinegar, mirin, barley malt, and two types of Japanese citrus, yuzu and sudachi, similar to lemon and lime. It adds sparkling flavor to food and brightens up any dish.

All EDEN imported shoyu, tamari, and U.S.A. domestic tamari are made from U.S.A. family farm grown non-GMO soybeans and are verified as compliant with the Non-GMO Project Standard. Eden Foods has been doing everything necessary to avoid genetically modified organisms since 1993.

EDEN Shoyu and Tamari are bottled in 10 oz. dark amber glass to protect their color, bouquet, and nutrient rich character. The bottles have a functional dispenser cap that delivers ‘drops’ or ‘pours’ as desired, and are refillable. EDEN Shoyu and Tamari 20 oz. soy sauces and 6.75 oz. (200mL) Ponzu are bottled in clear glass. EDEN soy sauces are free of refined sugar, artificial colorings or chemical additives, and are the finest there are. 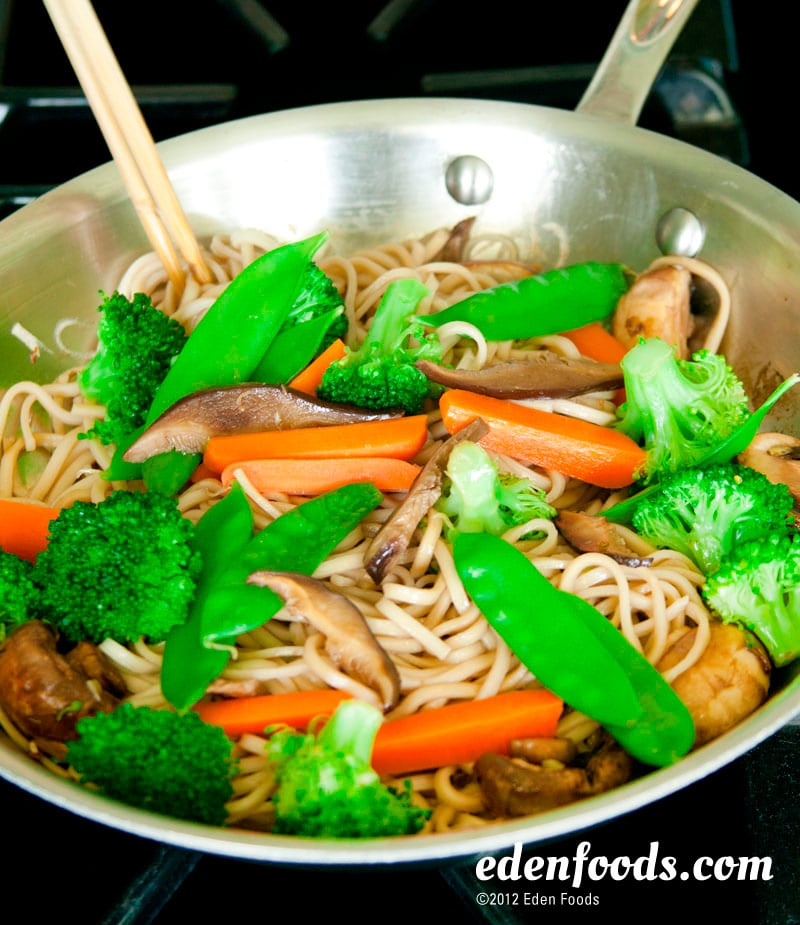