Soybeans today are predominantly genetically engineered. In 1993 Eden Foods pioneered the creation of a system to avoid genetically modified organisms (GMOs) and their derivatives in food. This became necessary as genetically modified soy was beginning to become wide spread. Much work and expense is required in keeping EDENSOY GMO free. This includes rigorous testing of seed, growing plants, and harvested beans at the farm, the storage elevator, and at the manufacturing plant. We avoid using pharmaceutical enzymes and know all farms, fields, farmers, and suppliers. When the New York Times tested eleven soy and corn based foods, only one tested GMO free — EDENSOY.

On August 18, 2009, Eden submitted EDENSOY to the Non-GMO Project (The Project). After thorough laboratory study covering everything from seed to aseptic carton, EDENSOY became the first soymilk in North America to be verified compliant with The Project's standards for avoiding GMOs.

Soybeans require exacting preparation and thorough cooking to properly prepare them as human sustenance. This requires specific equipment and know-how. Only EDENSOY provides this value. It is skillfully made at our certified organic Michigan plant with over 240 continuous quality control checks. It embodies our thorough research into how best to choose and prepare soybeans. From double reverse osmosis purified water, a patented enzyme invalidator, to the Swedish aseptic packaging equipment, every step taken contributes to its greater value and the best nourishment possible from whole soy. EDENSOY is the only soymilk made in the U.S.A. that is properly prepared to nurture human beings.

Eden Foods' soyfoods achieved the highest score, 955 out of 1,000, and the top rating in the Organic Soy Scorecard that presents a study carried out over a year-and-a-half into the social, environmental, and health impacts of soyfoods in North America. The Cornucopia Institute, an independent advocate working to preserve organic integrity and create economic justice for family farmers, released the report in May 2009. It evaluated sixty-two organic brands. Soyfoods were rated on ten criteria including sourcing, stringency of organic certifier, and prevention of GMO and chemical contamination. Eden was declared a “Hero” and ranked, by far, the highest in the organic soy industry. Read the report at Cornucopia.org

Though labeled healthy, most soyfoods are made using cheap processes and of cheap ingredients like the lowest cost imported soy and grain, hexane extracted soy protein treated with a variety of toxic petrochemicals and unsavory additives, and mass-produced sugars, to name some. Almost every soymilk contains undeclared chemical flavor maskers and refined sugars. In EDENSOY, cleaner, gentler, naturally malted whole grain barley/wheat extract and organic maple syrup sweeteners provide far better nourishment than commonly used refined sugars, such as evaporated cane juice, etc. EDENSOY Extra is enriched with only pure, most absorbable, bio-available vitamins and minerals from 100% vegan sources, and EDENSOY is the only soymilk made with nourishing kombu sea vegetable that adds valuable trace minerals and enhances flavors. EDENSOY is the only soymilk in America made with 100% real pure vanilla extract. Unsweetened EDENSOY is the ideal choice for those desiring an unsweetened soymilk, and it is Gluten Free.

Use EDENSOY on cereal, and to make smoothies, freeze pops, creamy soups, sauces, gravies, breads, pastries, and desserts. Use it cup-for-cup when substituting for other milk. Browse over 250 free soymilk recipes on the Eden Foods recipe app or on our website. 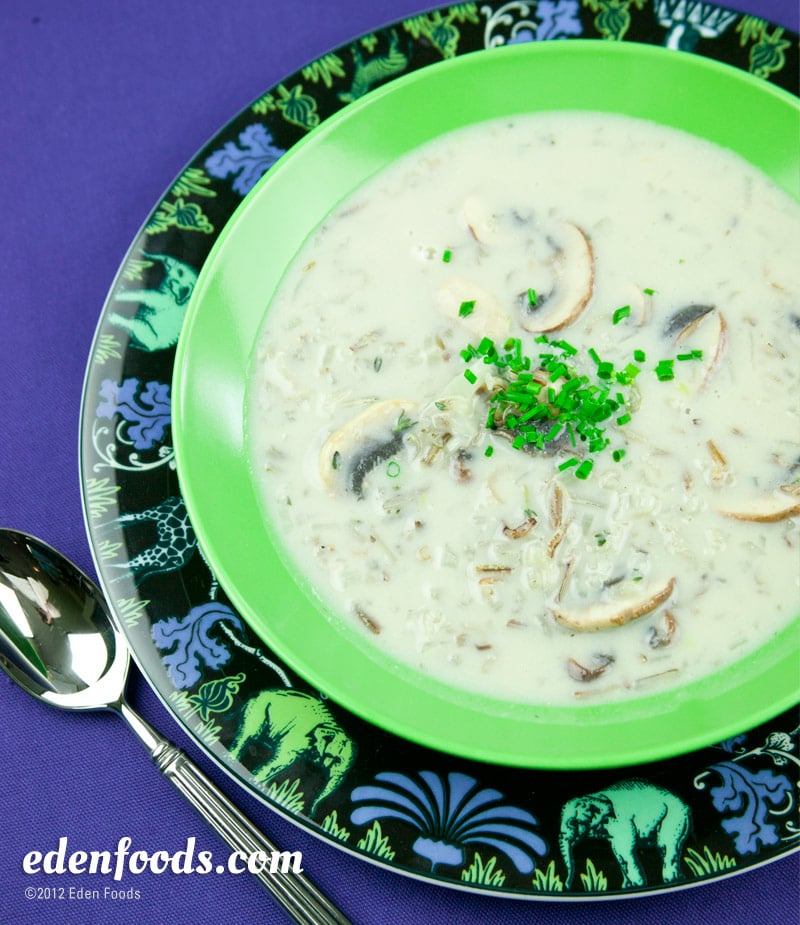