Hearty burrito and taco fillings, quick sides, soups and stews, etc. just need some fresh produce. Bean salads and baked beans are always popular. EDEN short grain brown rice & beans are versatile. Mix them 50-50 with EDEN refried beans for a perfect wrap filling. Pure and purifying meals of EDEN foods are a good way to go. Needed recipes are free at the web site. Proper meals require good fixins, like garden or farmer's market produce and EDEN pantry items. When the pantry is stocked, the fix is in.

The United Nations declared 2016 the “Year of the Pulse” spotlighting an underrated culinary fundamental. Pulses (beans) are economical, ecological, highly nutritious, and easily available. There are hundreds of types and many varieties of each. Native Americans honored beans as one of the ‘Three Sisters” - beans, corn, and squash. Companion plants that grow well together. Pulses are an extremely healthy go-to for protein.

Only fairly recently have beans (pulses) been disparagingly thought of. Traditionally they have been held in high esteem. Today they are often considered affordable food for the downtrodden. The phrase “not amounting to a hill of beans” speaks to their status in the USA today. The UN's ‘Year of the Pulse’ will, hopefully, shed light on the worthy bean. Their excellent nutritional value, health and economic benefits, deserve far greater appreciation.

Beans are a water efficient way to grow protein. They require 43 gallons of water to produce one pound. Whereas a pound of beef requires anywhere from 441 to 5,214 gallons of water. The figures widely vary, depending upon who is providing them.

Global conditions of commercial food production urgently demand work to restore healthy life, ecological harmony, and an ethical societal ethos. These have been torn asunder in allowing shortsighted, short-term profits to dominate. A new book The Power of Pulses - Saving the World with Peas, Beans, Chickpeas, Favas, and Lentils proclaims beans the “food of the future,” capable of providing food security as climates change. In addition to the widely known health benefits of beans, the authors remind us that pulses are ‘nitrogen fixers,’ leaving soil more nitrogen rich after harvest than before planting. They are relatively easy to grow organically too, and useful as transitional crops toward organic production. Unitarian Service Committee Canada maintains that switching from toxic chemical based to sustainable farming methods can increase crop yields of up to 79%, compelling by any measure. EDEN Beans, and Whole Grains, are 100% USA healthy soil grown, Non-GMO, and organic.

Lundberg Family Farms California organic short grain brown rice is used for EDEN Rice & Beans. Only its outermost hull is removed, leaving the bran and germ intact in each grain. This rice adds creamy, chewy texture. The white rice of other rice & beans has 100% of the bran and germ removed, 67% of B3, 80% of B1, 90% of B6, 50% of manganese, 50% of phosphorus, 60% of iron, and 100% of the dietary fiber and essential fatty acids, all removed. Organic short grain brown is 100% whole grain, gluten free and a highly efficient, fundamental food.

Nine varieties of precooked EDEN Rice & Beans offer the outdoor chef plenty of options for summer meals, whether as part of a bare bones affair or a summer's eve celebratory feast. Two of the oldest cultivated foods on the planet, rice and beans, have centered cuisines of the world for eons.

All EDEN low-acid food cans for Beans, Rice & Beans, and Chili are BPA free. Absolutely no untoward ingredients are added; no disodium EDTA, Monosodium Glutamate (yeast extract), interesterified soybean oil with TBHQ to preserve freshness, no undeclared processing aids, and no chemically hydrogenated lard. Commercial preservatives require large quantities of salt for them to stay effective. Commercial canned food is not only salty to replace poor flavor, but also to preserve the preservatives used to preserve the contents. Commercial canned rice & beans contain 340mg to 950mg of sodium. Dry box rice & beans have sodium up to 1190mg. The masking of the real flavors of beans allows manufacturers to use beans of very inferior quality. EDEN Rice & Beans contain 170 to 200mg of sodium. 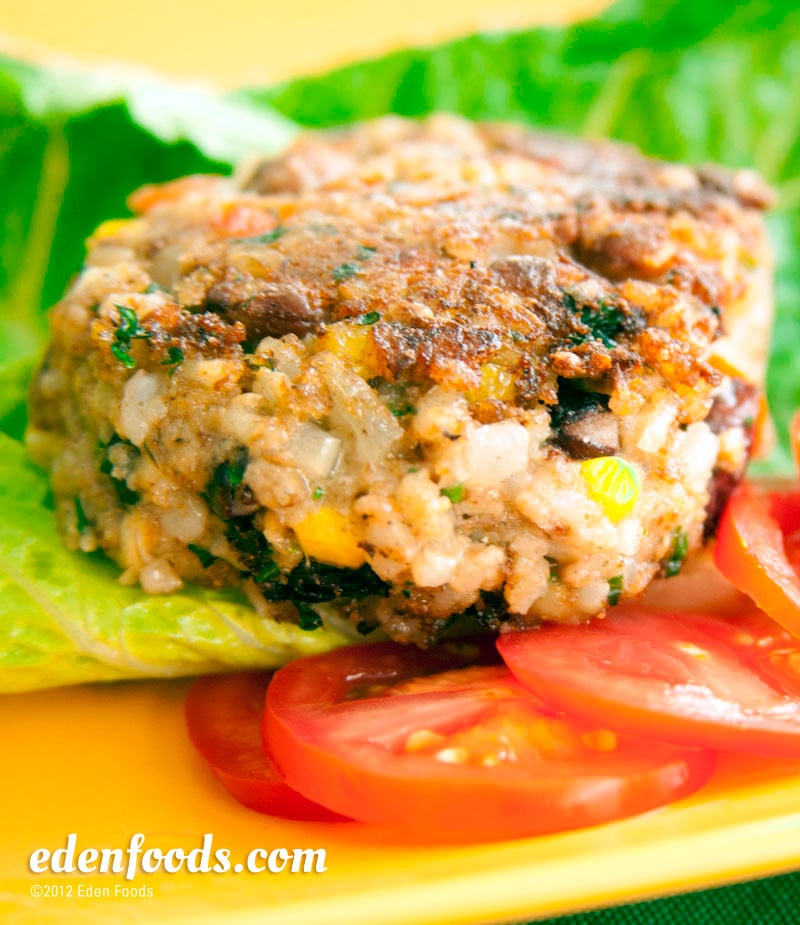